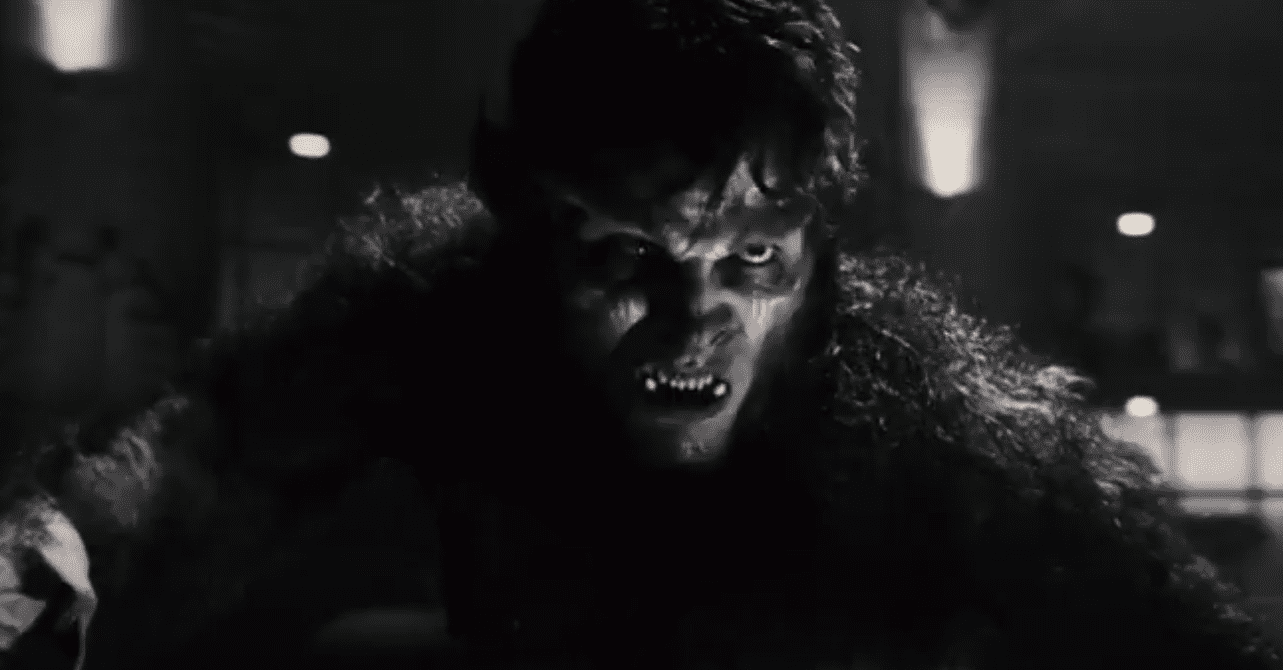 Get an enthralling experience of a monster movie with the twist of the marvel universe. Yes, here I am talking about the classic horror, Werewolf by Night Season 1 which is currently streaming on Disney+ Hotstar. And, guess what the movie has brought everything for us from a fun homage to terrifying moments. And, with today’s Popgeek spoiler, I am gonna share its review with you all.

It was a stormy and black night at Bloodstone Manor. If you remember that cliché, you may also remember the scruffy premise of Werewolf by Night. It was a modern homage to the old-school universal monster film of the 1930s. However, while Universal is making delays in bringing the monster to the large screens, Werewolf By Night is the best treat comprising everything a classic horror is usually about.

The visual effects also seem like they are purposely glitchy that are shown using retro-style smoke and mirrors, and the moments shot in black and white reminds us of old Hollywood films. The perfectly done cigarette burns add to the authenticity of the scene. One thing here is for sure Werewolf By Night Season 1 is not a usual Marvel and that is what makes the Werewolf a mesmerizing celebration for the audience. 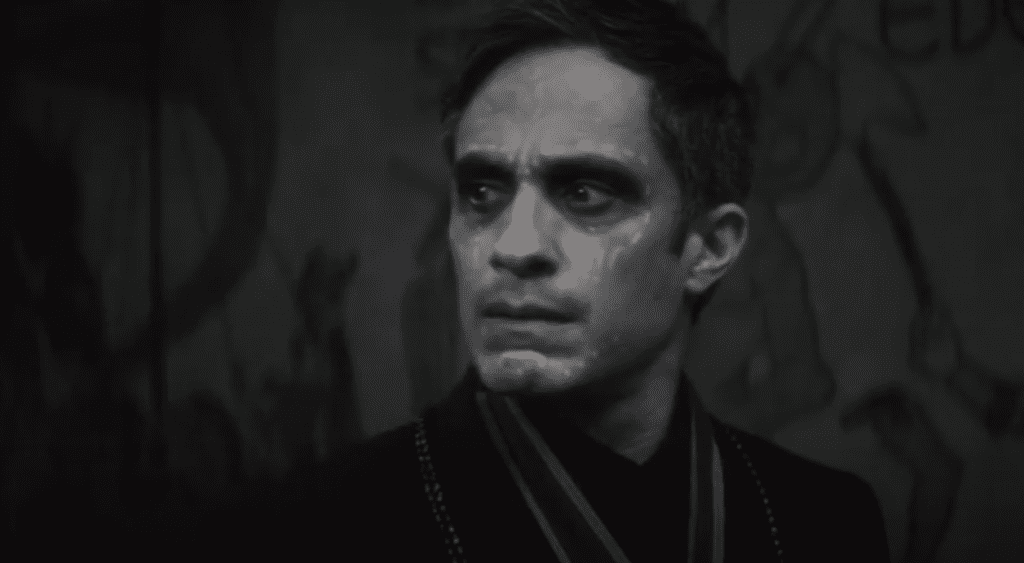 The storyline of Werewolf By Night Season 1 is built around the life of Jack Russell (the main Werewolf By Night cast) a well-dressed man from the monster hunters group who has arrived for a ritual hunt after their leader’s death. There is no secret about the fact that everything is not the way it looks like. As we see the event turns into a fight to control the guild post the leader’s death, the hunter is assigned to take the monster to bring back the Bloodstone that gives its wielder control over the guild.

The mysterious set-up to graph the powerful artifact is built in old-age horror tropes. Though, everything designed in the movie is for the good. A spooky-looking mansion, a dead relative, and a cantankerous widow evoke the Hollywood horrors such as The Wolf Man, Dracula, and Frankenstein.

Played by Laura Donnelly, Elsa Bloodstone an estranged daughter of Ulysses Bloodstone enters the scene to claim the things that belong to her. She is not like other hunters who notice something in Jack that she can’t raise a finger on. Their equation is similar to that of Gwen and Larry from The Wolf Man. But, this is not a good incident, as every equation between the Werewolf By Night Cast is shown to prompt the classic horror movie dynamics.

Though, this is also clearly evident that the movie director Michael Giacchino is already a fan of the movie as he seems to appreciate the cast all over. The detailed attention to every movie scene is exceptional with the titular Werewolf carrying a stylish black makeup look inspired by The Wolf Man.

The Werewolf Descends Into a Gorier Rampage

When it’s about the Werewolf’s transformation moment, I guess this too adds to the originality of the movie. Dodging the film’s digital effects that the makers have created in the Marvel movie, the offscreen werewolf transformation glimpse reminds a particular scene from An American Werewolf in London.

Giacchino proves to be the slow zoom’s master as the camera gets closer to the horrified Elsa face who sees the shadowy silhouette of a man becoming a monster. Though, it’s good to trick that increases the anticipation and tension at the moment. Although, when we finally see the much-awaited Werewolf that subsides a gorier rampage than you think.

The movie is far bloodier and more thrilling than a usual Marvel film and is the opposite of one’s expectations. With a stunning spooky environment that has utilized old-school lighting methods to recreate the magic of the classic horrors, Werewolf has become far tenser.

As expected, Giacchino the composer and director has added a neat soundtrack with ancient timpani drums and age-old horror strings. The movie is a dream come true moment of any classic horror fan. However, that doesn’t end here as Werewolf has more surprises in store. 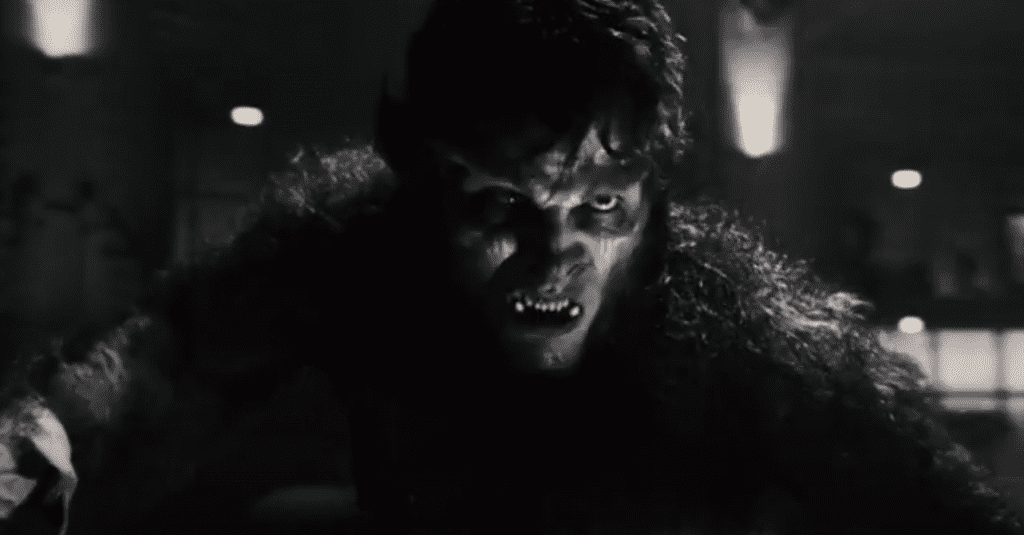 The first season of Werewolf By Night is one of the speculative initiatives of Marvel to show the dark side of its cinematic universe. The movie boasts some references to the other Marvel characters and shows some special appearances any Marvel fans would praise. Getting a glimpse of the grisly side of the Marvel Universe is surely a remarkable deed that the Werewolf By Night movie has made look even easy. The angular behavior of the storyline and the simplicity of the set deserve a huge appreciation and there is no doubt that Giacchino has done a heavy lifting to bring this darkness of Marvel’s cinematic universe. Adding a retro style to the scene is where Giacchino has won the game.

Want to know more about it visit here.

Laura Donnelly as Elsa shows the fortitude and strength in herself as needed after seeing Jack’s restrained nature. Likewise, Gael Garcia Bernal has given the most satisfactory performance as Jack, with a weight of the task on his face as he arrives at Lion’s den. The wonderful chemistry among the duo is worth watching. Not to forget, there is also a cute friend pairing that is getting tagged as best Marvel pals.

The werewolf By Night movie is the perfect homage to the old-school Universal monster flicks. It is equally scary as the earlier horrifying scenes used to be. It has successfully prompted the classic horror moments we watched a decade ago. You may feel like the style is nothing new today, but the Marvel twist is enough to make us all sense the fresh feeling in this special treat. The Werewolf By Night cast i.e., Garcia Bernal has done an outstanding job as Jack and his equation with Laura Donellly is worth the screentime. The movie may not have prompted you to make a standing ovation but has pushed you to remain in your seat till you capture the best of the classic horror.