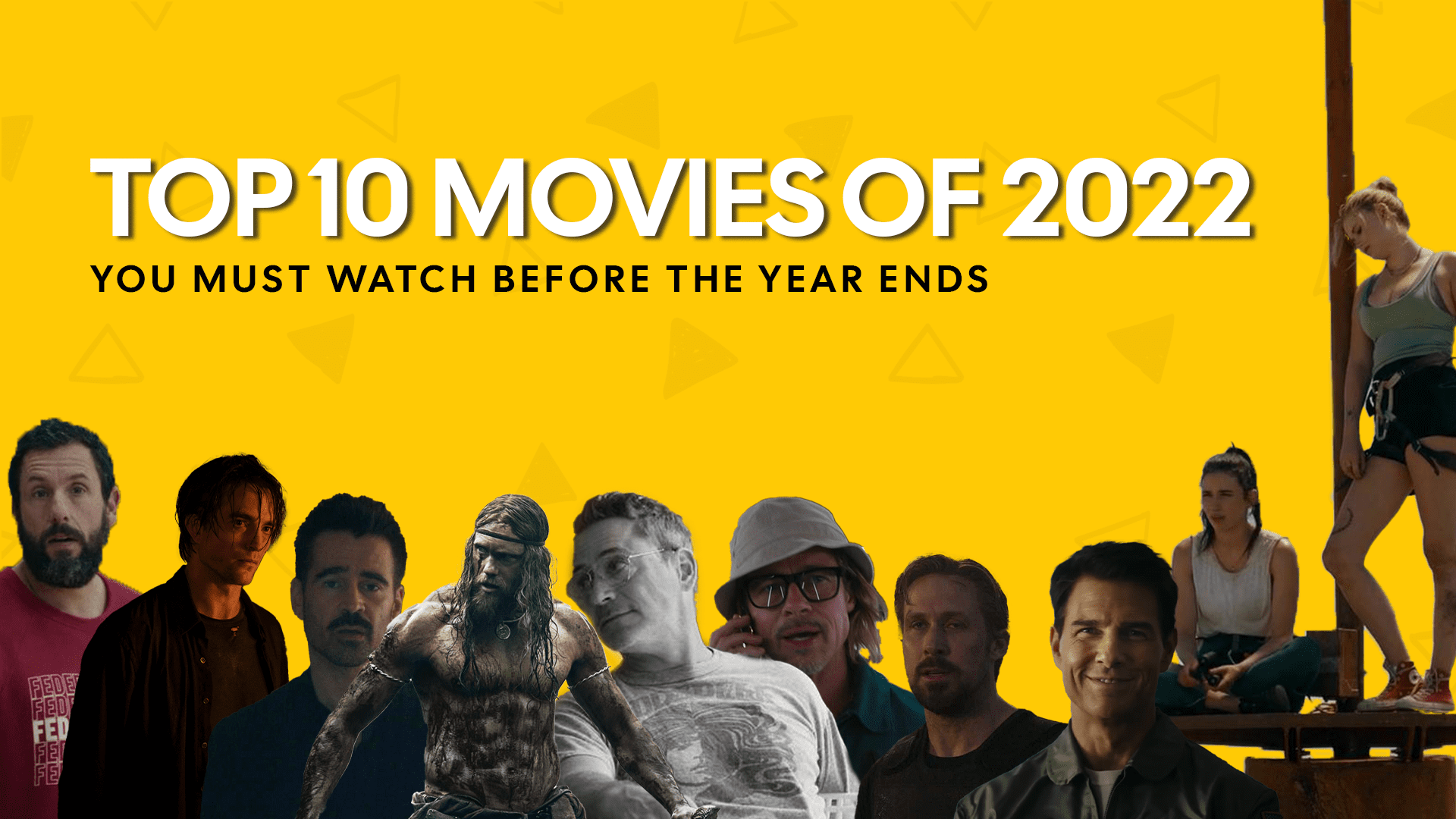 Movies make one’s spare time go quite easy with their huge library of classic films. With each passing month, we have come closer to the year’s end. So, are the movies you will watch on your couch shortlisted for this December? Well, if it’s not, then why don’t you just check out this blog’s collection? I am not kidding. To help you all stream something hopefully good, I have compiled a list of the top 10 movies of 2022 you can really count on this winter.

From cool choices for children and mind-blowing sports drama to some staggering action films, I have covered it all for you guys! Yeah, this is my December treat for my readers. So, don’t wait any further; grab your snacks and closely read out what exciting movie information the blog has in store today.

I think I have complimented enough about the best Hollywood movies, so you can definitely dive into the list now. But wait! Haven’t you subscribed to the page yet? Do a good cause right now. 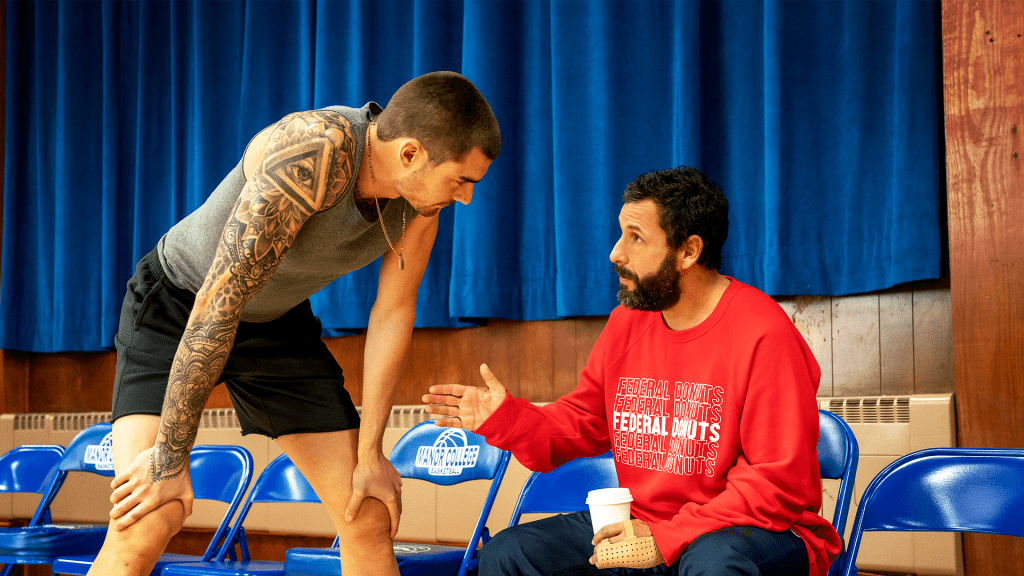 Released on 8th June 2022, Hustle is an American sports drama film starring Adam Sandler, Queen Latifah and Juancho Hernangomez in the leading roles. Hustle is currently available on Netflix. If you are not yet a member of the streaming service, sign up for their Basic, Standard or Premium plans to live on the challenging journey of Stanley Sugerman, aka Adam Sandler.

Being a part of one of the best movies of 2022, the sports drama is well-received by the audience for its grasping concept. The plotline is built around Adam Sandler, an NBA scout who discovers an extraordinary talent in a Spanish boy and decides to return to the game by bringing the latter into the league. Adam’s performance while proving his potential to thrive in NBA is worth one’s standing ovation. 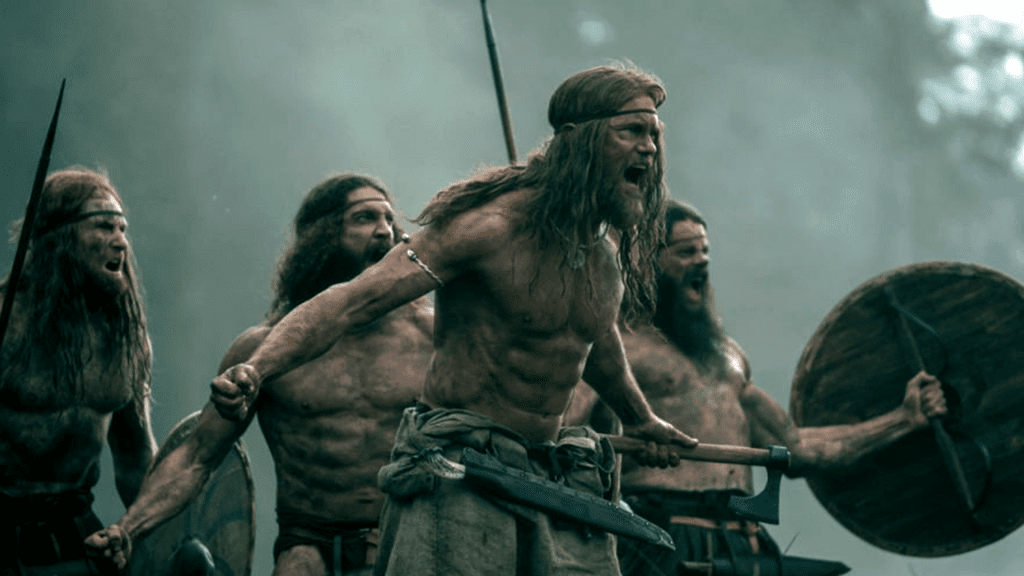 Directed by Robert Eggers, The Northman is another American historical action thriller film you should not miss to watch in 2022. It features Alexander Skarsgard, Anya Taylor Joy, Bjork, Nicole Kidman and others in significant roles. Currently available on Prime Video, Apple TV, Redbox, Vudu and ROW8, The Northman has received a 7.1/10 rating on IMDB.

The film’s story revolves around Prince Amleth, aka The Northman, who is on the verge of becoming a man after his mother gets abducted and his father gets killed by his uncle. After the passing of two decades, when Prince Amleth becomes a Viking, he vows to save his mother and seek revenge for his father’s death from his uncle. At its heart, The Northman perfectly delivers the best animalistic film with its classic visuals and guttural emotion you can expect out of it. 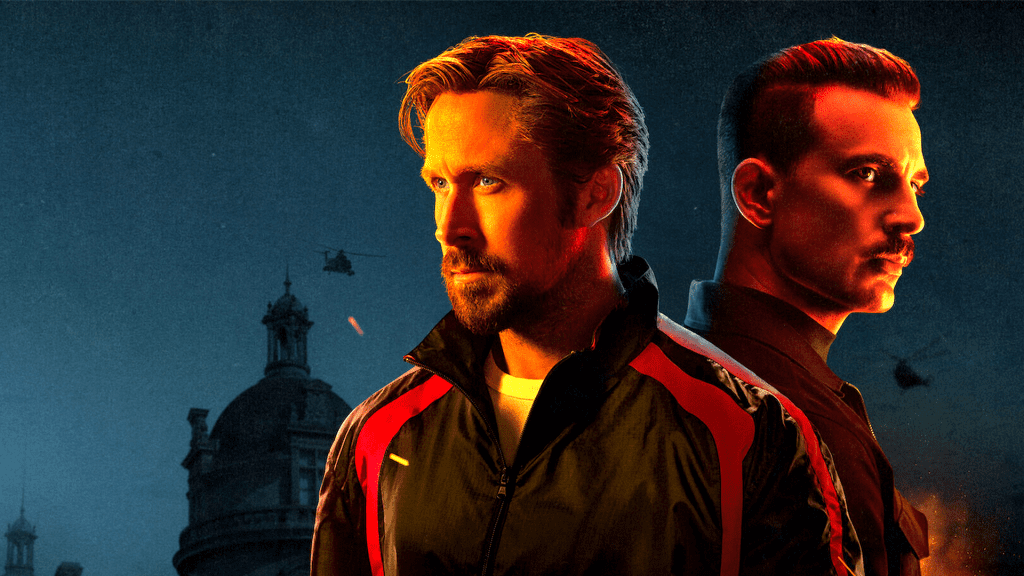 When you are making your streaming plans to watch the best Hollywood movies, The Gray Man is a sure-shot film you should not skip for a second. Directed by Anthony and Joe Russo, The Gray Man is an action thriller film starring Ryan Gosling, Ana de Armas, Chris Evans, Dhanush, Julia Butters, and Jessica Hanwick among the prominent cast. The movie is about a CIA agent- Agent Six, who goes on a rampage across the globe after discovering some damning secrets of the agency he joins with a secretive identity. Ryan Gosling, as Agent Six, seemed to have rightly done justice with his character.

Besides Chris Evans and Ryan Gosling, Indian actor Dhanush’s performance was also appreciated by the audience. For the Russo Brothers films, Dhanush essayed the role of a deadly assassin named Avik San and outshined throughout the movie. 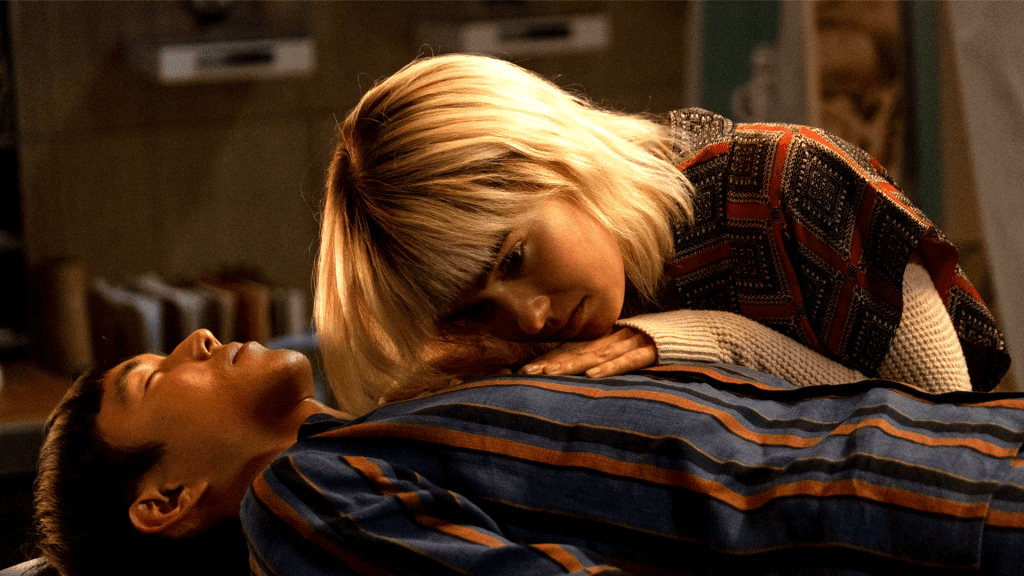 After Yang is an American science fiction film adapted from the writings of Kogonada featuring Colin Farrell, Justin H. Min, Haley Lu Richardson and Malea Emma, the film was released on 4th March 2022 and currently streaming online on Hulu. It was specifically Colin’s performance the reason why we count After Yang among the best 10 Hollywood movies of 2022. Colin, as Jake, searches for ways to repair the malfunctioned robot named Yang, who is also her daughter’s beloved companion.

In the process, while Jake reconnects with his wife and daughter, he soon discovers a life where his family reckons with questions of connection, love and losses. With so many visions of the future, After Yang beautifully centres the life experiences everyone can relate to. It’s a meaningful, moving drama you should definitely watch before the year ends. 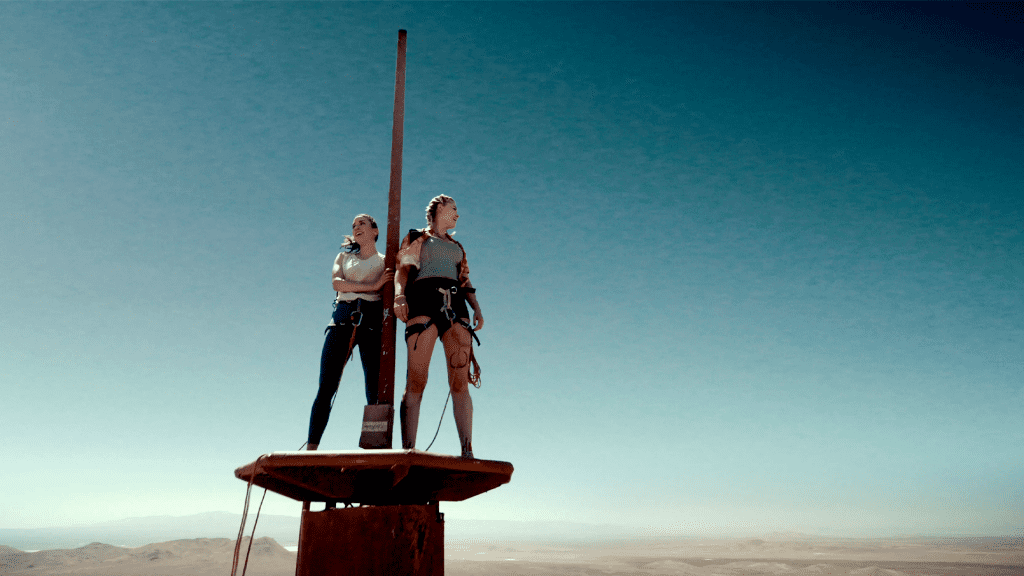 If you believe in true friendships, conquering your fears and pushing your limits, Fall is the perfect treat for you guys. Directed and co-written by Scott Man, Fall is a 2022 survival thriller film starring Grace Caroline Currey, Masson Gooding, Virginia Gardner and Jeffrey Dean Morgan. The movie plot follows two best friends, Beckey and Hunter, who climbs a 2000 ft. tall radio tower but soon find themselves stuck with no way down.

Now they have to choose between jumping down or using their expert skills to survive it all. Grace and Virginia, as Beckey and Hunter, respectively, have delivered an insanely terrifying performance as per the plot requirements. If you are someone keen to go on a thrill ride, then edge your seat, save your time and watch Fall on Netflix right now. 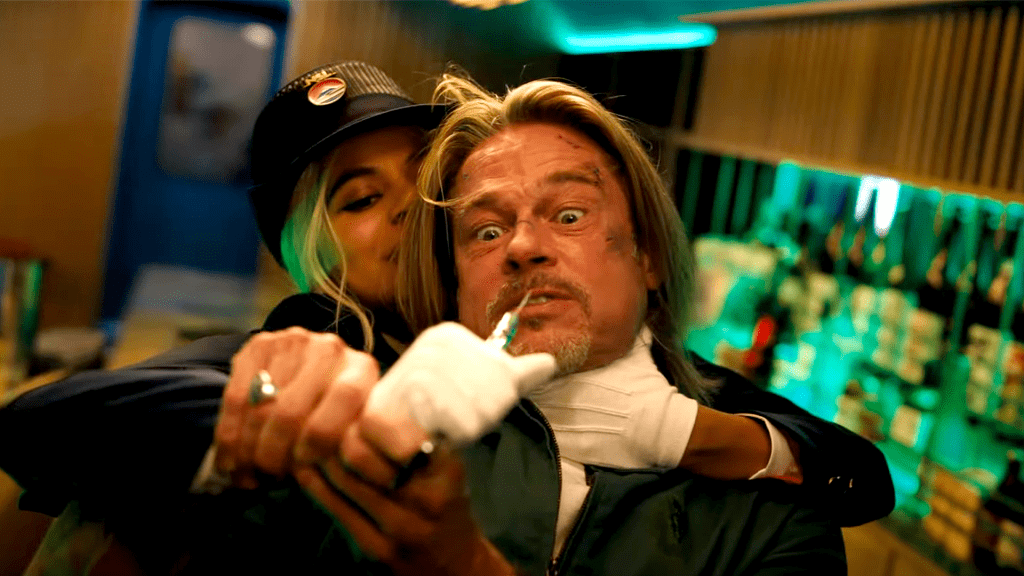 If I were to see films with over-the-top action sequences, Bullet Train would have topped my list. Yeah, of course, watching the CGI work, awful train puns, stellar stunts, and actions would dare not count the film in the top 10 movies of 2022 Hollywood. It’s never me, either. Being a die-hard fan of action films, I won’t skip this movie for once. The story of Bullet Train revolves around five assassins who discover something common in their missions while they travel in a swiftly moving bullet train.

With all the fun characters, electric fight shots, and blood-soaked parade, Bullet Train brings out the best memorable action of 2022. If you are curious about its story, you can watch the action-pack drama starring Brad Pitt, Joey King, Aaron Johnson, Bad Bunny and David Leitch only on Netflix. Thank me later. 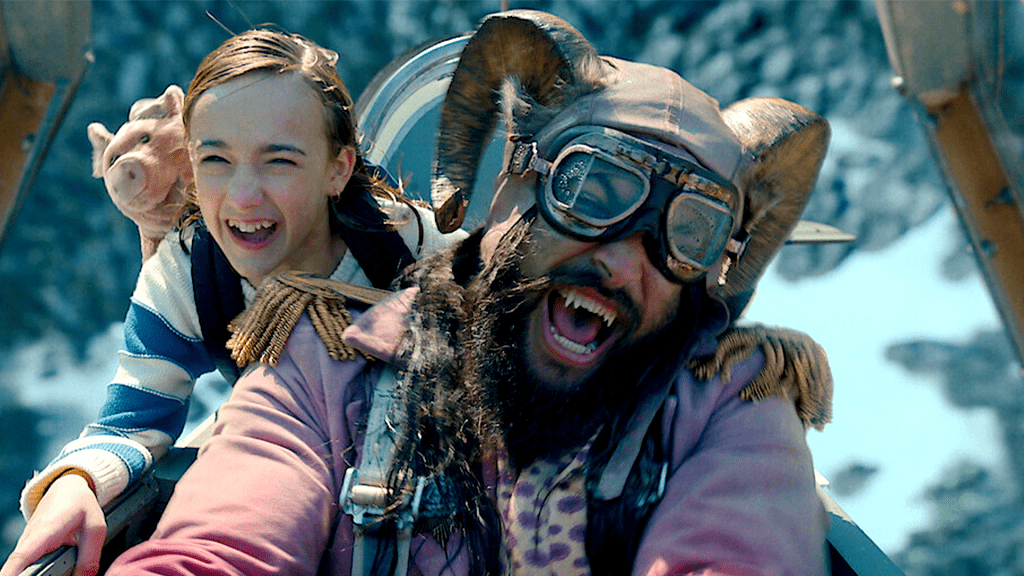 Here comes the most popular movie of the year, Slumberland. It’s a fantasy adventure film every girl will love to watch. Released on 11th November 2022, the film takes you on the journey of a young girl named Nemo, who finds a secret map to Slumberland and further visits the dreamworld only with the hope of meeting her late father again. Sounds exciting? Well, it truly is.

Marlow Barkley as Nemo looks extremely adorable, and Jason Momoa’s performance as Flip has just made the journey more adventurous and hilarious. Trust me; if you are on Slumberland, you can’t resist laughing and hooking to your couch. So, why are you here? Go and watch the movie right now, streaming on Disney Plus. 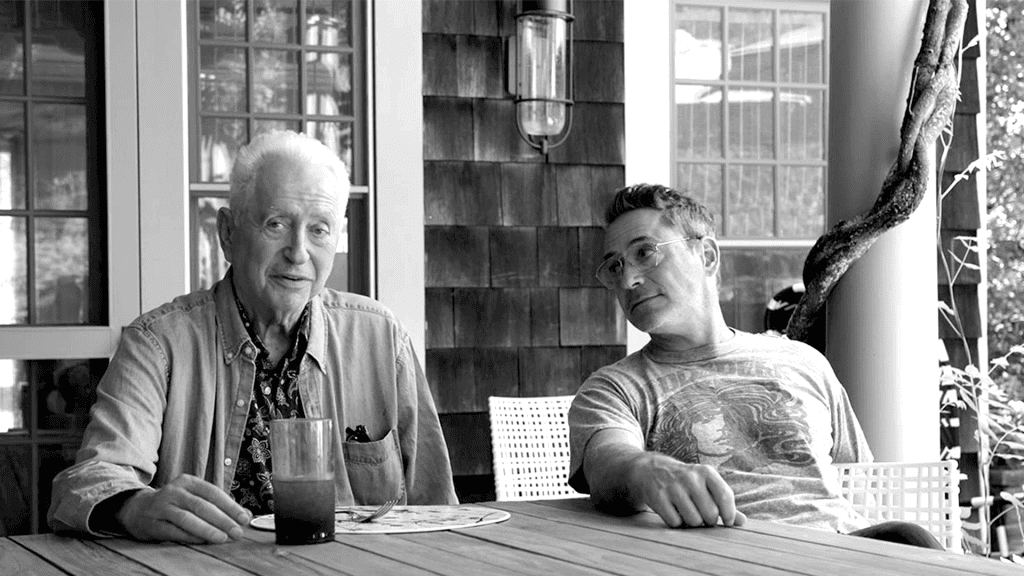 Ladies and Gentlemen, Robert Downey Sr., is here. Yeah, not technically, but with Sr. A Netflix documentary film, Sr. chronicles the life and career of one of the pioneering filmmakers of his time Robert Downey Sr.

The biographical drama is made under the direction of Chris Smith with a vision to pay tribute to Late Robert Downey Sr., starring Robert Downey Sr, Robert Downey Jr, Paul Thomas Anderson, Alan Arkin, Mezi Atwood, Sean Hayes, Norman Lear and Lawrence Wolf. So far, the film is well received by the fans for the craziest surprises it brings throughout. Watch the movie if you want to see a cute father-son bond between Robert Downey Sr and Robert Downey Jr. 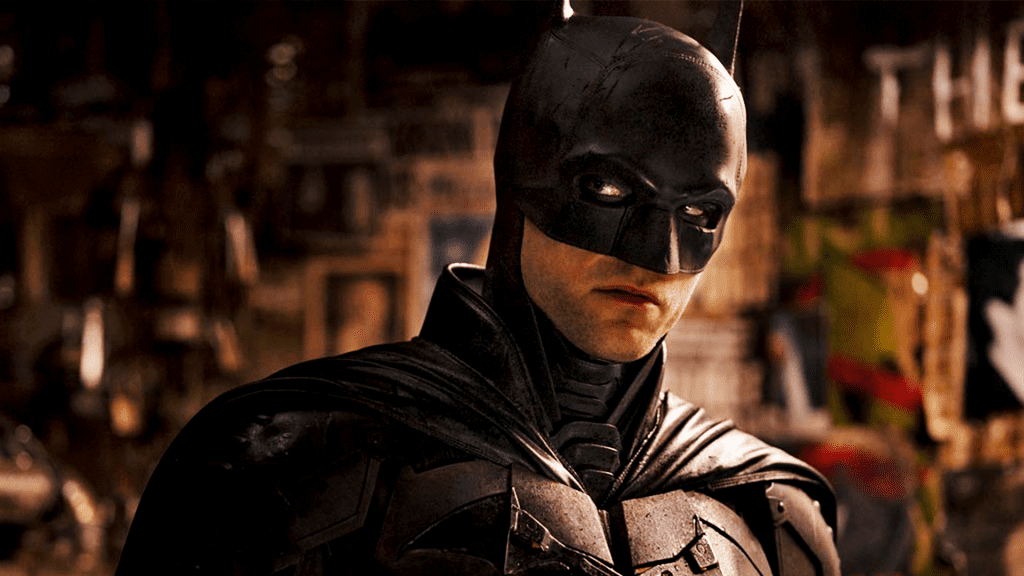 Well, we all are familiar with the popularity of Batman but wait, why on earth are you not watching the movie yet? So what if I lately counted this film? It is one of those Best Hollywood movies that makes a good weekend. Batman arrives in the underworld of Gotham City when a sadistic killer drops some clues for him.

As he leads closer to the culprit, he must unmask him and serve justice to those falling into the trap of corruption and dark powers. Thrilling though. I leave the remaining suspense to the movie exclusively streaming on HBO. 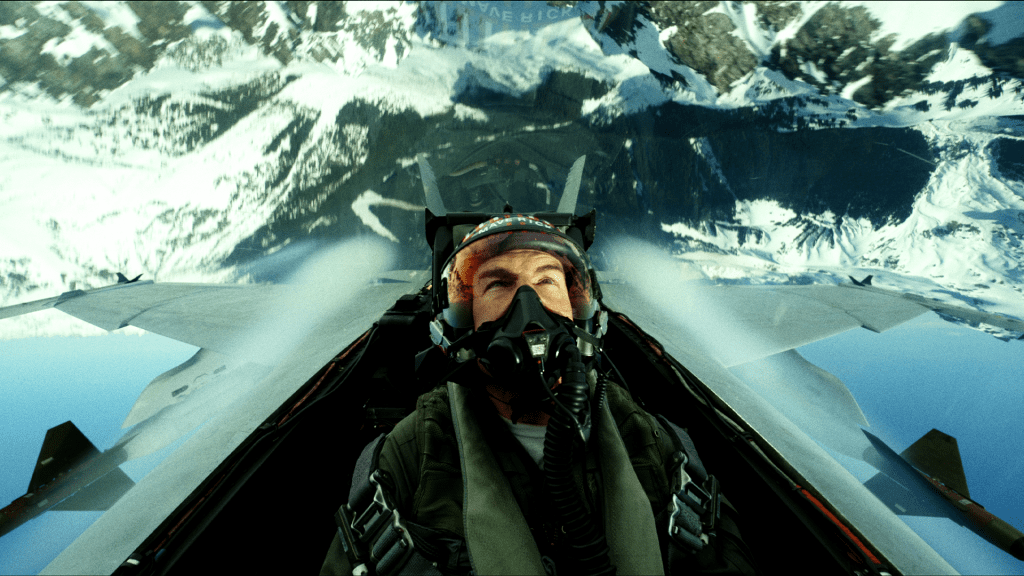 Top Gun: Maverick, starring Tom Cruise, Miles Teller, Val Kilmer, and Glen Powell, is one of those Best movies of 2022; you can count on them to happily end his new year. It’s a sequel to the 1986 American drama film Top Gun bringing Tom Cruise back as the naval aviator Maverick. This time he is confronting the ghost while guiding the elite graduates on the mission.

What intense the story further is the ultimate sacrifice the situation demands from the ones flying the fighter plane. So, will the warriors be able to sacrifice, or the destiny has some other plans for them? Watch the movie on Paramount Plus or Netflix to meet the ghost from Maverick’s past and see how the story turns ahead.

So, that’s my small collection of the top 10 movies of 2022 that deserves one’s attention. Thank me after you watch these movies. 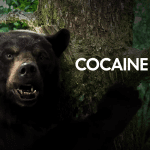 Previous Story
Where to Watch the Cocaine Bear Trailer 2023? – Popgeek
→ 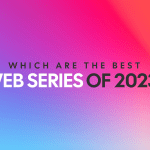