This Jenn Ortega Movie is More-Creepy and Krooky Than Wednesday

Jenn Marie Ortega is an American actress and a modern-day scream queen every other person would want to be friends with. A cult actress on our Radar, Jenn Ortega, is making headlines for playing Wednesday Addams in her recent Netflix comedy horror Wednesday. It’s a dark, compelling, bold murder mystery that has gone as deadly as a nail gun in its episodes.

Everyone who watched this series was seen praising its story and stellar performances. Few repeated visions even create tensions in the melodrama. If you involve with the Addams family, you are going to love this genre even more. But do you know if there is one more Jenn Ortega movie that is more creepy and kooky than Netflix’s Wednesday? Yeah, you heard right! Here we’re talking about the X movie released in March 2022.

X was one slasher movie released on 18th March 2022, starring Jenn Ortega, Mia Goth, Brittany Snow, Scott Mescudi, and Owen Campbell in the primary roles. X is one of the top 10 movies on IMDB. A different Jenn Ortega film with a simple lot, X documents a group of actors set on an outdoor trip to shoot an adult film in rural Texas under the noses of their reclusive hosts. However, when an elderly couple catches their young guests in the act, the cast indulges in a desperate fight for their lives.

The main aesthetic of this Jen Ortega film is a very 70s grainy filter that resembles a very heavy sepia tone through its lenses. The modern filmmaking technique followed in X to cover the entire environment, to shoot Maxine’s swimming sequence and to portray the alligator chasing the latter is just at its best.

The shots needed to build suspense in a story are filmed well in the first half of sequences. Be it the guest house’s relaxing moments or the character’s interactions in the van, every other scene verse well with the plot’s vibe. This steady horror drama approach works well; the camera emphasizes Pearl chronicling her attraction to Maxine.

Maxine, played by Mia Goth, is another interesting character of X. The movie end makes a shocking revelation about her. She is a daughter of an evangelist who threatens sex workers and supports conservative values.

Speaking on the film’s soundtrack. We feel it’s a bit quirky but seamlessly offers the creepy vibes of the whole story. The initial soundtrack was quite deliberate, but the climax and the second half sequence turn hasty, making the story nature go all wrong with the plans. The transition from methodical horror to slasher gore is exasperating. West creates an inventive look when he shoots Pearl in the Jen Ortega film concluding scenes.

Despite so many attempts, X fails to influence the viewer’s mind heavily. Scenes where they try to be subversive, are jarring. The slasher tropes are filmed well, but it could have helped the film if it had been simpler with its approach. To conclude, we can say X is more-creepy and kooky than Wednesday, but it’s a unique idea that deserves one’s good time. 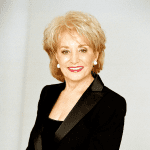 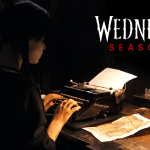 Next Story
Wednesday Season 2 Premiere Release Date, Cast, Plot, Trailer and Everything You Need to Know