What is the Net Worth of Doja Cat?

Doja Cat is an American rapper, singer, songwriter, and influenced who first became popular as a teenager for recording and streaming music on SoundCloud. The net worth of Doja Cat is estimated at $8 million. After Doja signed a record deal at age 17, she released multiple albums, including Planet Her, Amala, and Hot Pink. Among these three, Hot Pink and Amala also reached the Billboard 200 list. Doja Cat is well known for its social media presence, which includes her videos on TikTok and YouTube, where she promotes her work. 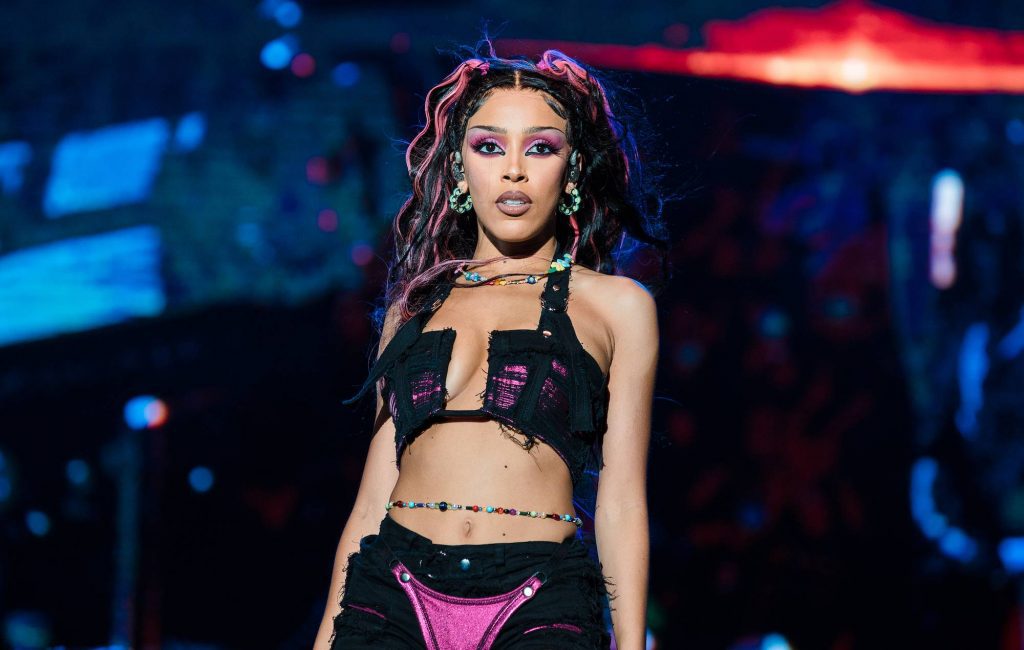 Amala Ratna Zandile Dlamini is Doja Cat real name. She was born in Los Angeles, California on 21st October 1995. Doja’s mother is a painter, and her father is a South African film producer, music composer, and actor. Shortly after her birth, Doja and her mother moved to New York City and later to the Oak Park area of California, where she learned jazz and tap ballet lessons. After a short period, the family moved back to Los Angeles and practiced Hinduism while living in an ashram. During this tenure, Doja grew her interest in Dancing, for which she initially performed Indian classical dance and further chose break dance.
In high school, Doja took part in a professional pop-locking troupe and competed throughout Los Angeles. Lastly took an exit from High School to pursue her music career. Later, Doja’s aunt gave her most of her singing lessons and soon she became a popular singer.
Further information on Doja Cat education is unavailable as Doja hasn’t revealed anything on the subject. She has spent most precious years of life learning singing and it is one that ha distanced Doja from her studies. Some sources also reports that Doja once enrolled in Ramon C. Cortines School of Visual and Performing arts. When she turned 17, she became a professional singer and began exploring new opportunities that comes ahead. 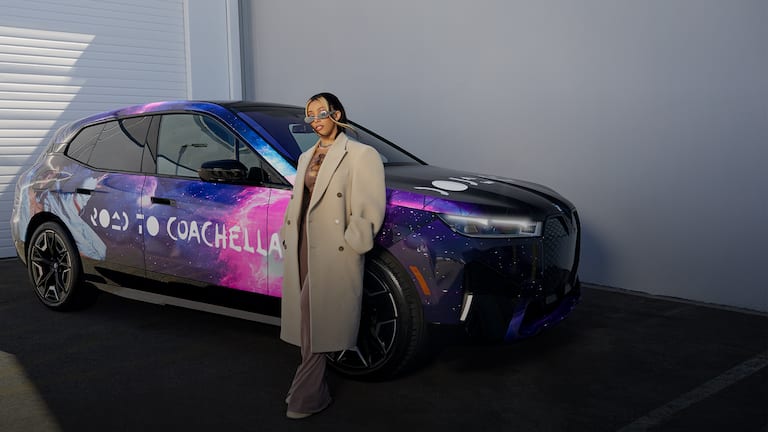 Doja Cat is a very well-known personality in the entertainment industry. She is a famous rapper, record producer, singer, and songwriter who has gained immense popularity in a very short period. From a very young age, she was involved in music but became famous after releasing her first album on SoundCloud. One of Doja’s songs, So High, was a turning point in her career.
Although people thought her albums didn’t gather enough success, Doja never failed to keep in line through her internet presence. Doja’s singles like Need to Know, Kiss Me More, Say So, etc. Apart from these, she has also collaborated with some tv shows.
Amala Ratna Zandile Dlamini secured several awards at a young age. Those awards include the American Music Awards, MTV Europe Music Awards, Billboard Music Awards, etc.
Most of Doja’s income comes from her music career. Her successful single Say So made $14k+ from Spotify as it took a record of 3.554 million streaming to date. Besides this hit single, Doja’s other song, Mooo, also witnessed 3 million streams worldwide. She has signed a multi-year deal with RCA Records and gained a considerable amount of $150k with Kemosabe Records.
The famous albums Planet Her, Hot Pink, and Amala have made six figures in revenue. Besides the song streams and album sales, Doja has done four tours with an average fee per ticket, including VIP tickets worth $224. Although, some reports also state that Doja Cat’s ticket was priced at $45.00 depending on other variable factors. She also appears in private events, which charge around $5,00,000-$7,49,000.
Doja Cat is a global brand ambassador for JBL and a brand ambassador for Pepsi, which also partially contribute to the net worth of Doja Cat. She is an active member of SoundCloud and has 620k followers on the platform. Thus, it is right that Doja is making a passive income through her official SoundCloud account. Likewise, her YouTube channel also helps her make 493k annually.
Given her popularity so far, it would not be a surprising element if the net worth of Doja Cat skyrockets in the coming years.

Some reliable resource says the net worth of Doja Cat is $8 million, which seems to grow perpetually because of her name and popularity in the real and social media space. It’s surprising how Doja’s every new song goes viral on TikTok. Although earning the top ranks on the Billboard list wasn’t, the only reason for Doja’s career transformation but was also her 15-second video clip in which she choreographed a little dance that further established Doja’s legacy in pop culture. 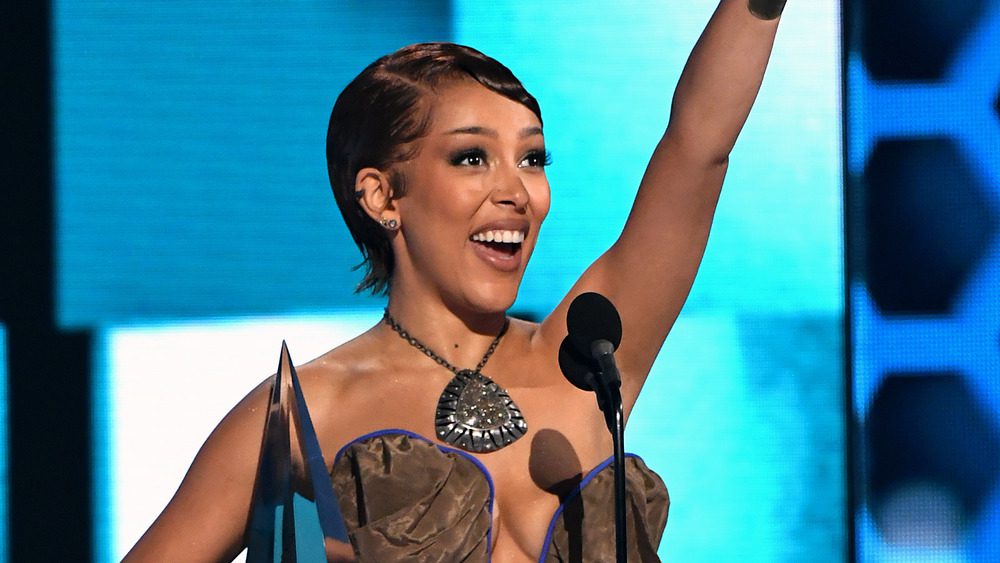 LOS ANGELES, CALIFORNIA – NOVEMBER 22: In this image released on November 22, Doja Cat accepts the award for New Artist of the Year onstage for the 2020 American Music Awards at Microsoft Theater on November 22, 2020 in Los Angeles, California. (Photo by Kevin Mazur/Getty Images for dcp)

Last year, it was reported that Doja Cat paid $2.2 million to buy a home boasting four bedrooms covering a considerable portion of 2400 square area in Beverly Hills. Besides her own bungalow, Doja owns various houses in New York, Los Angeles, Beverly Hills, and Las Vegas and actively invests in real estate properties. A popular personality in pop culture, Doja loves to wear different and designer clothing styles. Recently, she also collaborated with BMW to promote their #RoadToCoachella campaign, in which she was seen in the new BMW iX. A recent Doja Cat Assets include a garage that raised many speculations among the paparazzi that Doja owns a fleet of cars. All such assets, collaborations, tv appearances, and song albums largely contribute to the net worth of Doja Cat and further enrich her social personality worldwide.

Doja cat is a well-known singer and a proliferated personality who earns a passive income from her singing career. She is an inspiration to her fans worldwide, for being rich and successful singer at a young age

⦁ What is Doja Cat’s Height?
Doja Cat Height is measured to be 5 feet 5 inches.
⦁ How old is Doja Cat?
Doja Cat age is 27 years, as she was born on 21st October 1995.
⦁ Who is Doja Cat’s husband?
Doja is currently single; thus, we have no information or reports about the to-be Doja Cat Husband.
⦁ What race is Doja Cat?
As Doja’s father is South African (Black) and her mother is American Jewish (Caucasian), she is biracial.
⦁ Is Doja Cat Homophobic?
In September 2018, Doja received many backlashes for using homophobic slurs against Tyler the Creator and Earl Sweatshirt. She posted the offensive tweets in 2015 but deleted them when she got canceled.