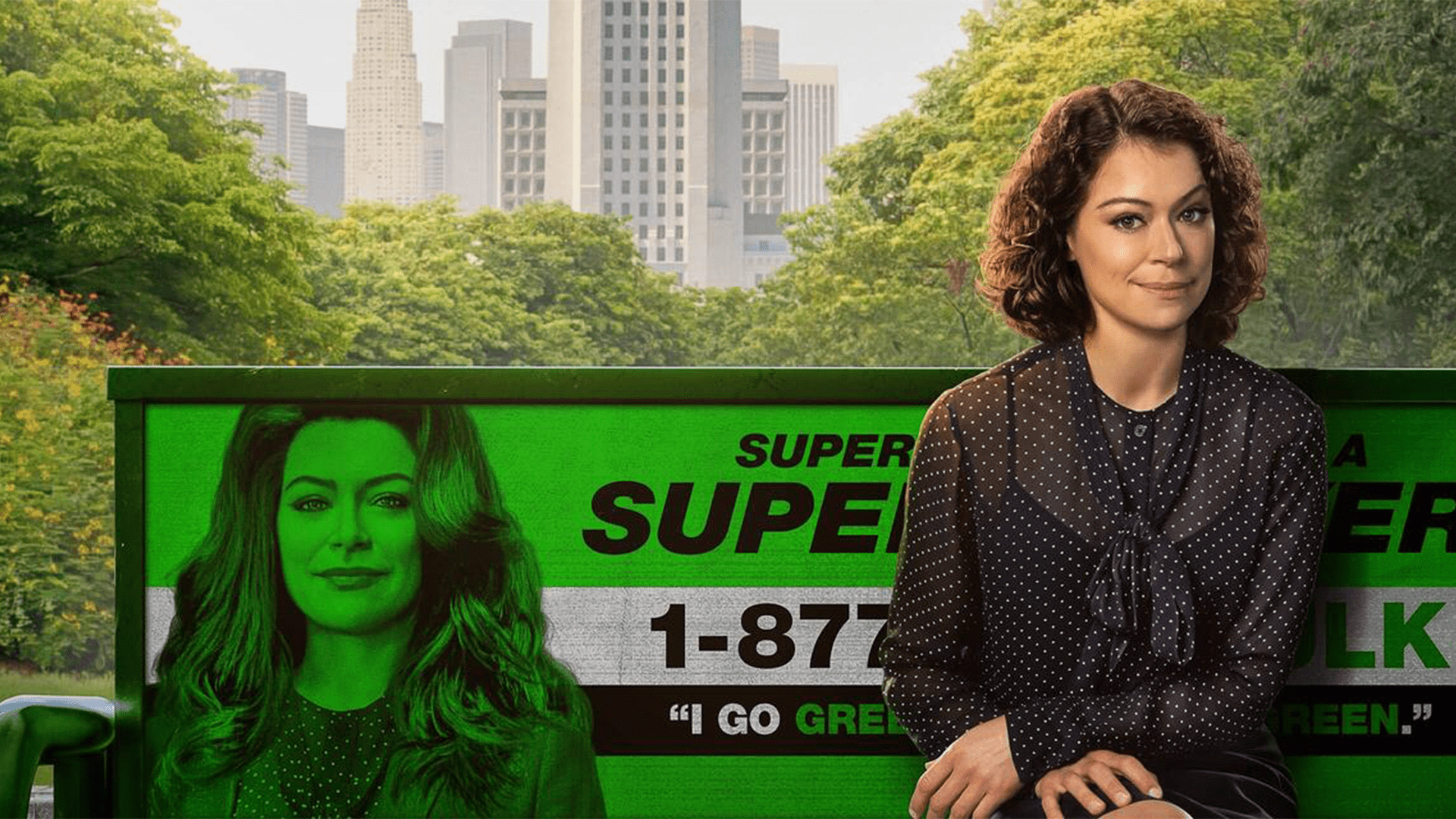 We are now at She-Hulk Episode 9, the last episode of the series where Marvel brings back Professor Hulk to the season finale. While Jennifer tries to balance her personal life and career, an accidental dose of gamma-radiated blood makes some changes in her body. And today, when the lawyer, millennial and green superhero becomes angry, the creature gets driven by rage. Infuriated with the trolls she received online, Jenn goes berserk, which further lands her in jail. At present, she is only seen enraged! Catch She-Hulk Season Finale with today’s spoiler and learn what went down with She-Hulk when the guards surrounded her.
Also, visit our new blog DISNEP.

She-Hulk Episode 9: Whose Show is This? 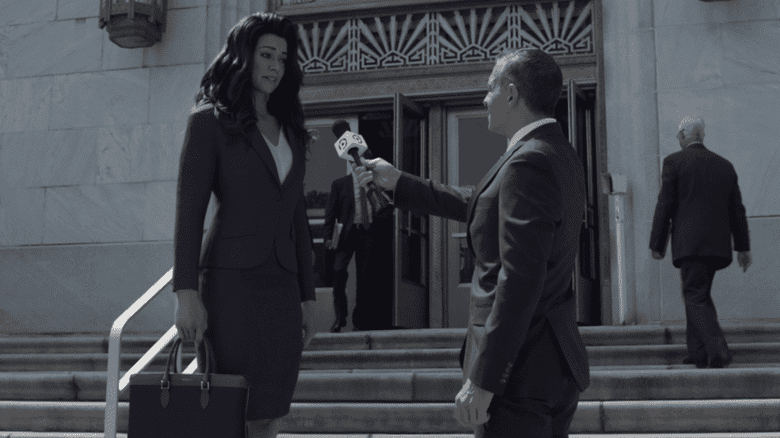 Titled Whose Show is This, Episode 9 of She-Hulk begins with a throwback story of the original Hulk tv show. The clip cuts directly to Jennifer Walters jailed with Pug, Mallory, and Nikki visiting her. Mallory tells Jenn that the District Attorney won’t put any charges if you agree to their terms, including sapping an inhibitor.
After the constant media allegations, reporting what has happened, and losing her job, Jenn moves back to her parent’s and tries to overcome the situation there.
After a few days, Nikki visits Jen and finds her planning to catch the Inteligencia admin. Further, they watch a video of their former colleague Dennis Bukowski interacting with the media. He tells the press that he and Jen were in a relationship while she wasn’t She-Hulk but used to have violent tendencies. This prompts Jennifer to visit Emil Blonsky and spend time with the group she met on his ranch.
In the meantime, Nikki uploads Jenn’s old dance video on Intellegencia’s website and receives an invitation to the She-Hulk event. She asks Pug to get all the information about the event and how Jenn is involved. After that, Pug discovers Todd Phelps and instigates several people to hate She-Hulk.
Later, Todd unveils that he is HulkKing and the admin of Inteligencia. He stands on stage and says he is elevated by what he did with Jennifer Walters, aka She-Hulk, a few days ago.
On the other side, at Emil’s place, Jenn connects with Dirk Garthwaite and tells him she only wants to talk with Emil about what has happened to her recently. Back at the Phelp’s event, Emil converts into an abominator and interacts with the crowd. Jenn spots him there and finds out about this transformed form.
Pug and Nikki tell Jenn that it’s Todd, who is the HulkKing. He also unveiled that he sent Josh to steal She-Hulk’s blood so that he could also become a Hulk. After that, Todd converts into a large-green Hulk while Titania also arrives at the place.
As the brawl continues, Bruce incidentally fights the abominator. While Jenn thinks of what’s happening and senses something wrong, the screen swiftly turns into Disney Plus’s homepage. That’s quite shocking, though!
Afterward, Jenn arrives at She-Hulk’s writer’s meeting, where she ascertains the production team about the season’s finale that is currently running on the platform.
Jessica Gao contends with Jennifer and notifies her that is all that Kevin Feige wants in She-Hulk Episode 9. While listening to the head writer’s words, Jennifer obstinately tells Kevin about She-Hulk Season Finale. 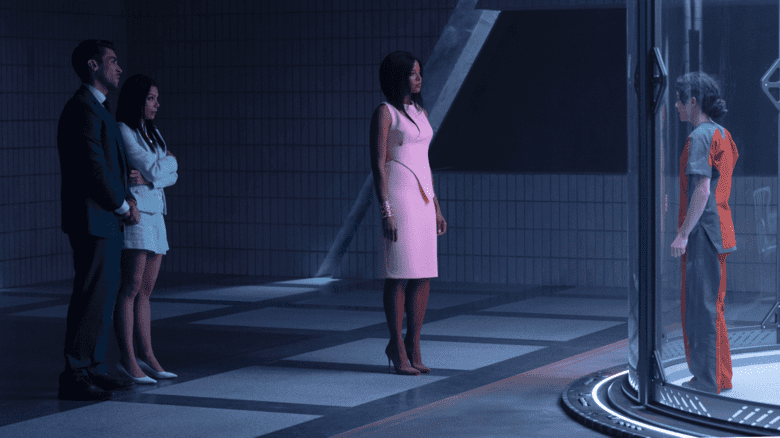 After Jenn fights with the security guards, she finally confronts a machine titled KEVIN, aka Knowledge Enhanced Visual Interconnectivity Nexus. She asserts that MCU always concludes its projects with the same ending and demands a unique end this time that reveals some detailed elements of the Marvel Cinematic Universe.
Going on with Jennifer ending, we again switch back to the series, where Jenn warns Todd of suing him for her defamation in public. Daredevil arrives in his red and yellow costume and applauds the lawyer for gaining his job back.
In the meantime, Emil Blonsky is expropriated for disobeying his parole. After that, Matt and Jennifer have lunch with Jenn’s family when Smart Hulk, aka Bruce, arrives at the place and introduces his son Skaar to everyone.
The next day, Jennifer, in an interaction with a reporter, speaks that she won’t pay any heed to those who harass or attack innocent people, both as a Lawyer and as She-Hulk. 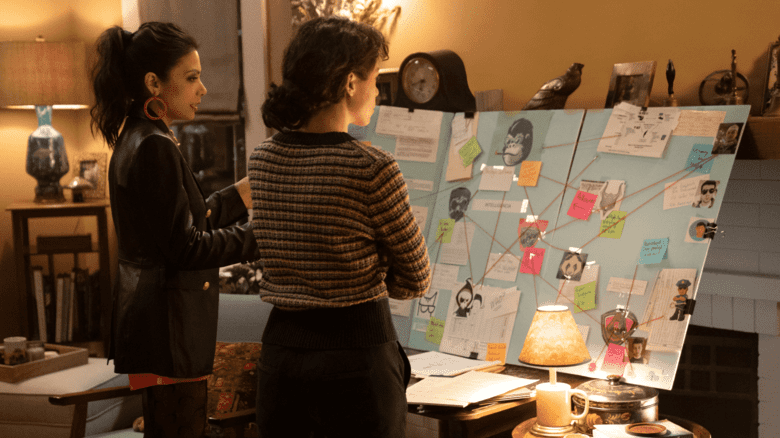 When Can We Expect She-Hulk Season 2?

With the She-Hulk character established in the Marvel Cinematic Universe, we can expect She-Hulk season 2 to revive soon. Although, as any MCU project comes with many twists, turns, and mysterious shades, it would probably take two years for Jessica to create the same magic again.

If we take a reference to Loki, it’s the first season that came in June 2021, and now another season won’t hit the OTT platform before 2023. Therefore, you can expect to watch the second season of She-Hulk in July 2024. Also, now that we have Skaar as the new Hulk, there is much more that can happen in the Marvel Universe. Whatever happens with the new story and whenever She-Hulk season 2 releases, we just want Tatiana Maslany to be back as our green superhero.

In the post-credits scene of She-Hulk Season Finale, we see Emil Blonsky jailed again. But this time, Wong visits him and takes him to Kamar-Taj after opening the portal.

So, many things went down in Episode 9 of She-Hulk. First, the revelation of Todd being the show’s primary antagonist was already hinted at in the previous episodes. The confusion at the She-Hulk event prompts She-Hulk to come face-to-face with the show’s production team and Kevin’s parody.
After coming to common ground with KEVIN concerning the show’s ending, She-Hulk Episode 9 concludes its season, further setting Jennifer in the Marvel Cinematic Universe.
The significant part of the season finale was the ending scene where Bruce introduced his son Skaar to Matt Murdock and Jenn’s family while they were having dinner together. While you may find nothing different about this introduction, it can surely bring new storylines featuring the Hulk and some new characters.
In the end, we can say She-Hulk, aka Jennifer Walter, has accomplished her goal of winning over her enemies and happily living with the She-Hulk trademark she has owned for a long time. Tatiana’s performance as She-Hulk and Jennifer Walters is exceptional and adds a spark to the MCU characters. Now, we are only waiting for her to continue her She-Hulk appearances in further projects of the Marvel Cinematic Universe.
For more information click here.
Now, whatever the case, the first season of She-Hulk: Attorney at Law has concluded with some assumptions for the next season and future appearance in the MCU series.