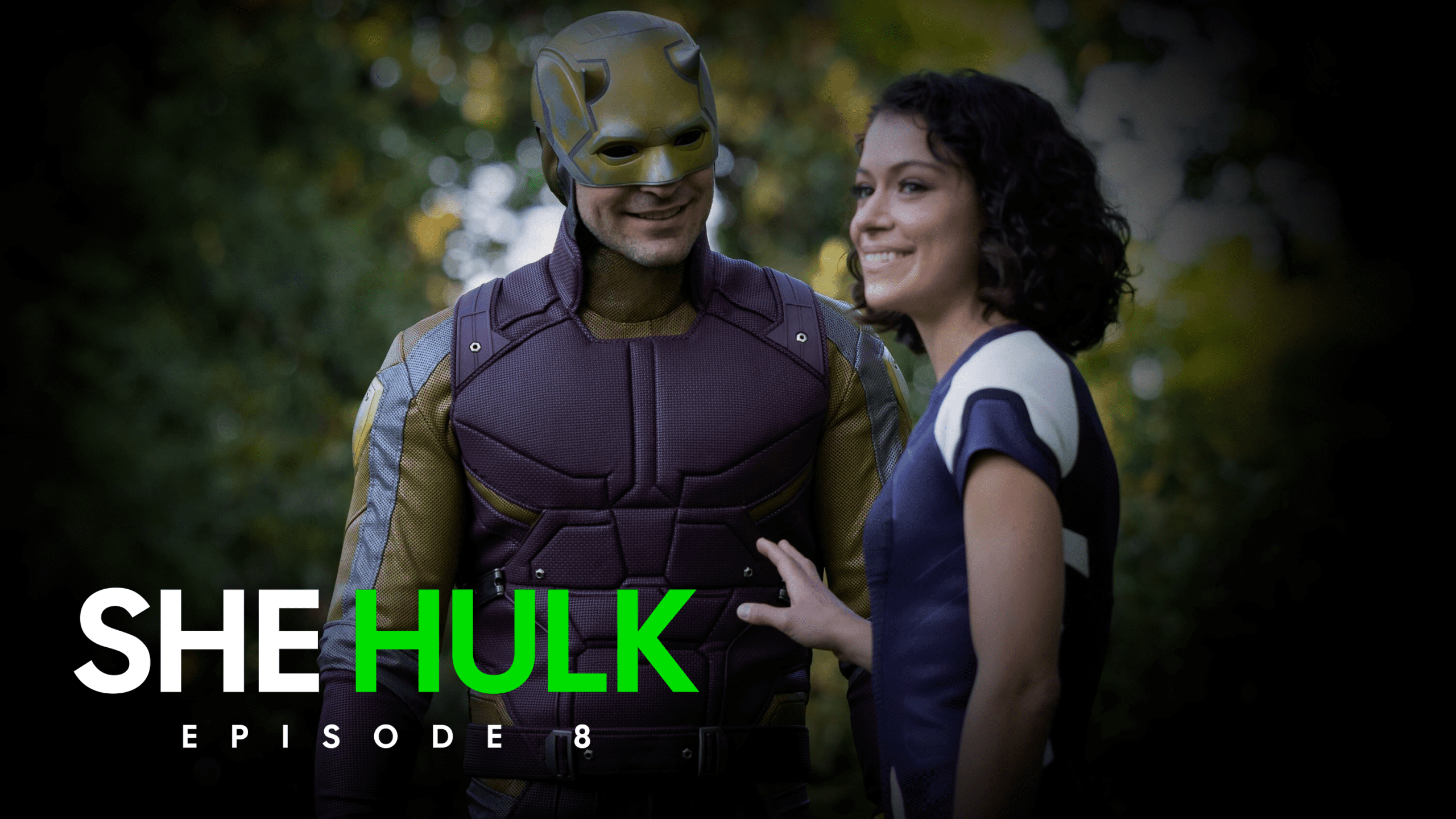 She-Hulk Episode 8 is streaming on Disney+ Hotstar. Read Popgeek’s spoiler to know what happens when Jen realizes it’s Josh, who has taken her blood out and filmed her video only to disrespect her at an award function, and what you can expect from the She-Hulk season finale. 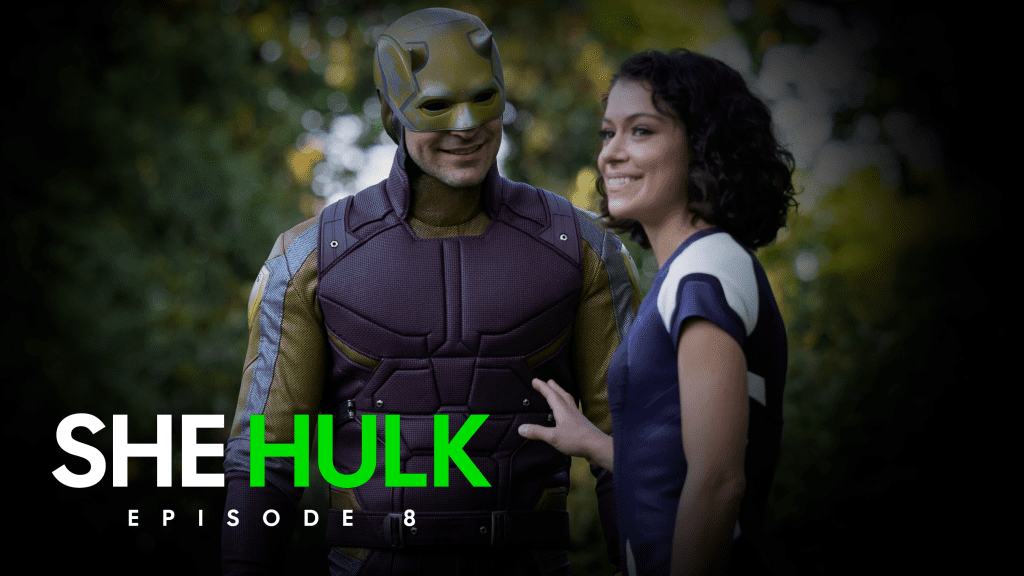 She-Hulk Episode 9: Here is Everything About The Season Finale

The final or the 9th Episode of She-Hulk is arriving soon. Tatiana Maslany, like Jennifer Walters, has successfully impressed her audience with astounding performances. She is a fierce lady trying to balance her life and career with her She-Hulk identity. Since the beginning, every new episode of She-Hulk has introduced us to Jennifer’s new friends and foes. She-Hulk episode 8 concluded with a shocking cliffhanger gathering around the finale.

The comedy-superhero series dropping weekly episodes is a half-hour episode about She-Hulk, aka Jennifer Walters. The first season of She-Hulk: Attorney of Law boasts nine episodes. Kat Coiro has directed six episodes of the season, and the remaining three are filmed under the direction of Anu Valia, with Jessica Gao being the head writer of the series.
Initially, the series was about to take the Wednesday slot for its weekly release but eventually streamed every Thursday, with the Star Wars series Andor taking the Wednesday slot. After the eight episodes are released, here is what I think will happen in She-Hulk season finale.

The eighth episode of She-Hulk: Attorney of the Law showed a grand alliance between the green superhero She-Hulk and Daredevil. Since the release of its first episode, fans have been curiously waiting for this moment, which has finally come. Marvel has brought the return of Daredevil, but chances are higher that Matt Murdock won’t come for the season finale.

After Matt and Jen’s journey ends, Jennifer attends an award event where she is honoured with the Female Lawyer of the Year award among all other nominees. However, soon the event takes a surprising twist when the agency Intelligencia, which issued threat warnings to Jen in episode 7, hijacks the place.

The forum plays a video of Josh and Jen being intimate, showcasing Josh’s recorded moment. This makes Jen furious, eventually leading to She-Hulk wreaking havoc and controlling the situation. The episode concluded with She-Hulk standing outside the hall with many armed guards surrounding her with weapons and horrifying people.

She-Hulk Episode 9: The Leader Will Come Back In The Season Finale

Played by Jameela Jamil, Titania has been the consistent adversary of the show. Still, the last episode of She-Hulk would unveil The Leader of the agency (Tim Blake Nelson) as She-Hulk’s chief enemy, Jennifer Walters. The green superhero has never hesitated to connect with Emil Blonsky and Bruce Banner in the series’ episode. Samuel Sterns, aka The Leader of the agency, is another significant character of The Incredible Hulk who would also play an antagonist in Captain America: New World Order.

Although the show, i.e., She-Hulk, has passed many hints concerning the comeback of The Leader, now it’s finally confirmed.

In the show, someone is after Jennifer’s blood. In the past episode, it was shown that Josh took Jenn’s blood sample after the duo slept together, and he is showcased as a member of Intelligencia.

The Leader is one of the leading members of the agency and someone who has a keen interest in Jenn’s blood. With his comeback in Captain America: New World Order, the finale may end up with a post-credit scene where She-Hulk’s future would set up in the Marvel Cinematic Universe.

Who Appears in She-Hulk: Attorney at Law? 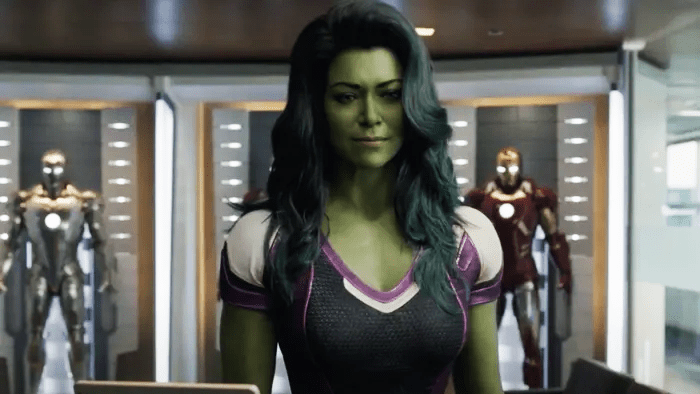 Tatiana Maslany portrays the character of She-Hulk in the show, bringing off an acclaimed American drama, i.e., Orphan Black, where she performed various clones.
To date, She-Hulk: Attorney at Law has featured many guest appearances, including Charlie Cox, aka Daredevil; Emil Blonsky, aka Tim Roth; Benedict Wong, aka Wong; and Mark Ruffalo, aka Bruce Banner.

When Will She-Hulk Episode 9 Will Stream on Disney+?

She-Hulk Episode 9 will air on the same schedule as all past episodes. The last episode will stream on Disney+ on 13th October 2022 at 12:00 pm P.T. and 01:00 am E.T. Expect no difference for the ninth episode. However, the length of the season’s finale episode is not confirmed yet, but it would last from 40 minutes to 1 hour with a bang. Marvel Studios has released no statement concerning reviving another She-Hulk season. Thus, watching how Marvel will set the future of She-Hulk’s character would be stimulating.