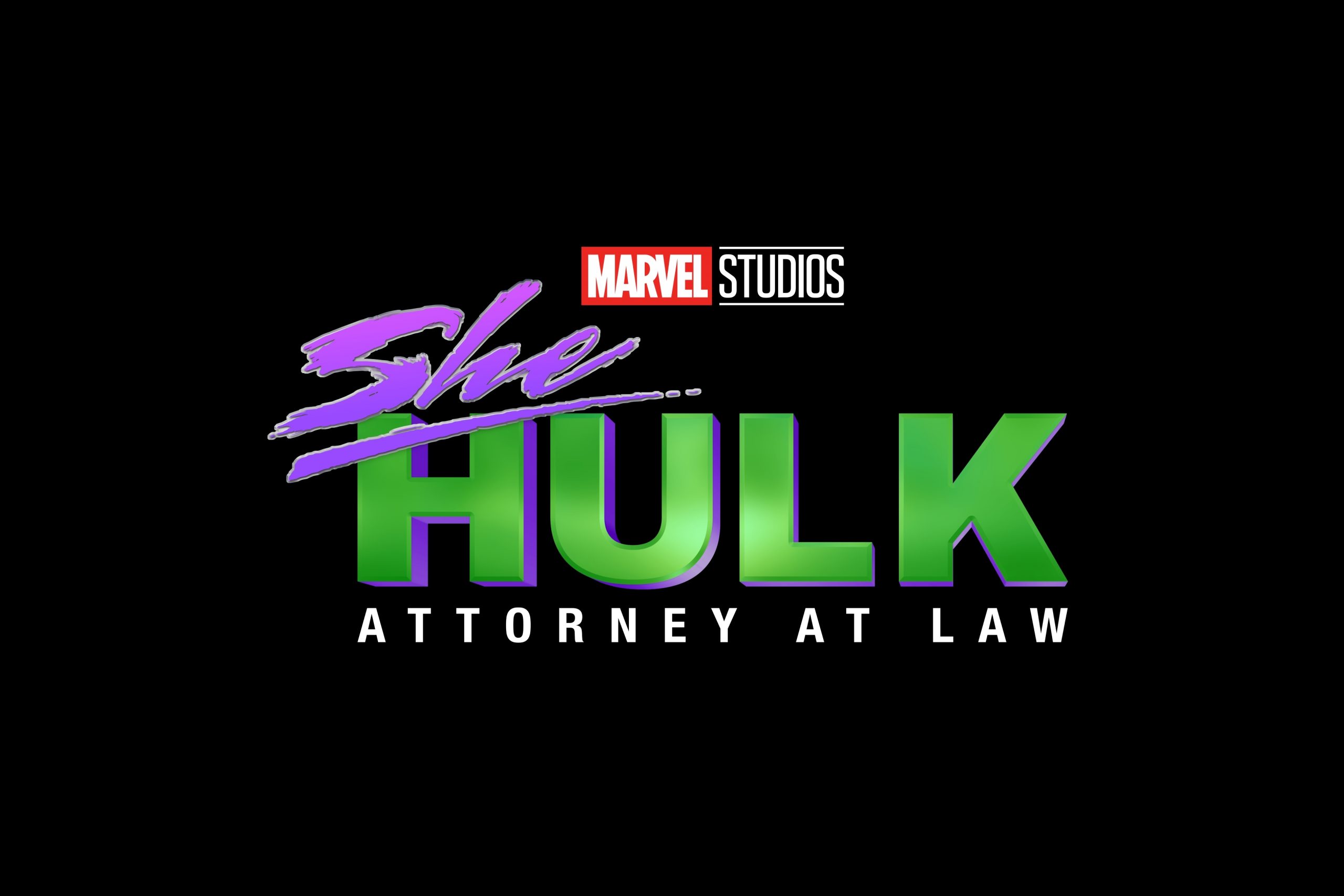 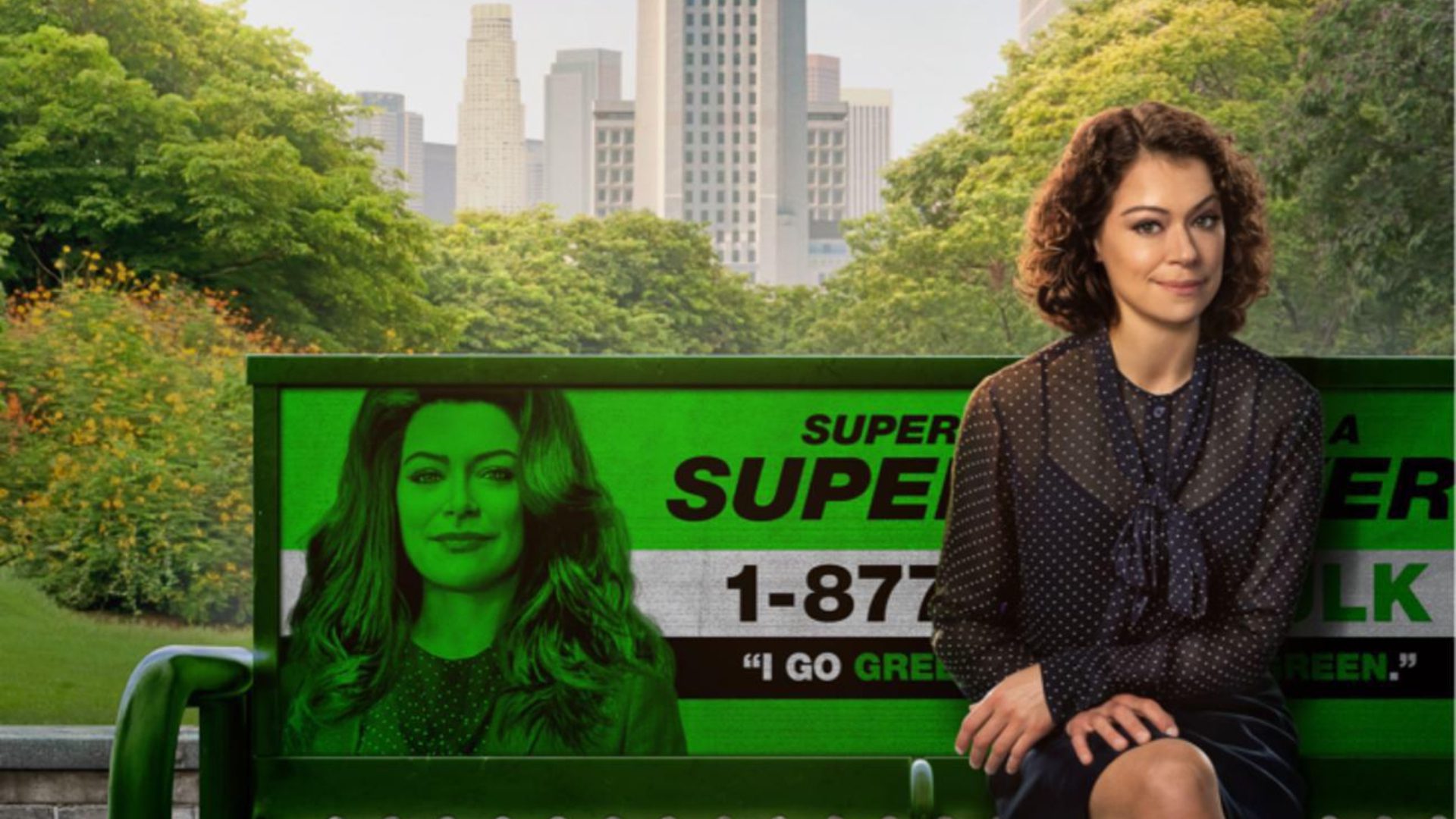 indeed-waiting She-Hulk: Attorney At Law Episode 5 is finally streaming on Disney+ Hotstar; we will review its spoilers and precisely what happened when Titania used the She-Hulk label for publicity. So, if you haven’t watched the episode yet, this is the time you can catch it here!

She-Hulk Episode 5 is a mid-season episode which means five episodes are released, and the next four are in the pipeline. The season will wind up with nine episodes under the direction of Kat Corio and Anu Valia, with Jesica Gao as the primary writer. Kevin Feige, Victoria Alonso, Louis D’Esposito, Brad Winderbaum, Gao, and Coiro are the Executive producers.

Often the first four episodes of She-Hulk: Attorney At Law have revolved around the transformation of Jennifer Walter from a lawyer to a confident superhero. This week’s episode is something all Marvel fans should count on.

The fifth episode of She-Hulk is titled ‘Mean, Green and Straight Poured into These Jeans’ and is directed by Anu Valia. The episode starts with the advertisement for Titania’s business, i.e., She-Hulk Beauty Products, which Jennifer gets troubled with. Yeah, this only means Titania has perked up as the new owner of She-Hulk identity. She is a superpowered influencer who challenges her to see her in court for the She-Hulk trademark.

Meanwhile, as Jen suits up, she observes several product promotions wherever she goes. While Jennifer drives her way out, she notices Titania owns all the sponsor ads and the She-Hulk trademark. When she sits in her home, her brother Ched invades the room, asking her to sign on She-Hulk products he wants to sell in the market. But Jennifer denies his request, saying that the She-Hulk trademark doesn’t belong to her anymore, with Titania being its owner. Jen is bemused by Titania’s actions, but what will be her next move now?

She observes several product promotions wherever she goes. While Jennifer drives her way out, she notices Titania owns all the sponsor ads and the She-Hulk trademark. When she sits in her home, her brother Ched invades the room asking her to sign on She-Hulk products he wants to sell in the market. But, Jennifer denies his request, saying that the She-Hulk trademark doesn’t belong to her anymore, with Titania being its owner.

Usually, when the She-Hulk episode starts, we see She-Hulk’s name on the screen. But this time, as the episode started, it showed She-Hulk by Titania.

Another thing we looked at in the episode was a crowd of individuals standing in a queue to buy She-Hulk products, as the trademark has gained immense popularity in the city.

Jennifer Walters and her friend Nikki Ramos join the Titania store advertisement to speak with her. However, Titania denies interacting with them, claiming that Jennifer has stolen her trademark.

Although, the story is entirely different, as She-Hulk’s name belongs to Jennifer Walters. But the conversation didn’t happen between them, which made Jennifer furious.

Moving with the episode, we notice now Jennifer likes her name She-Hulk, and she doesn’t have any issue with it, but, she turns down her acceptance. Next, Pug meets Nikki as he wants her to accompany him to purchase two pairs of shoes from a sneaker launch. Nikki then concedes to Pug’s request and escorts him to find out if anyone can do custom clothing for Jennifer Walters. Here Jennifer is still watching Titania’s video while also stating she doesn’t care about She-Hulk’s name. 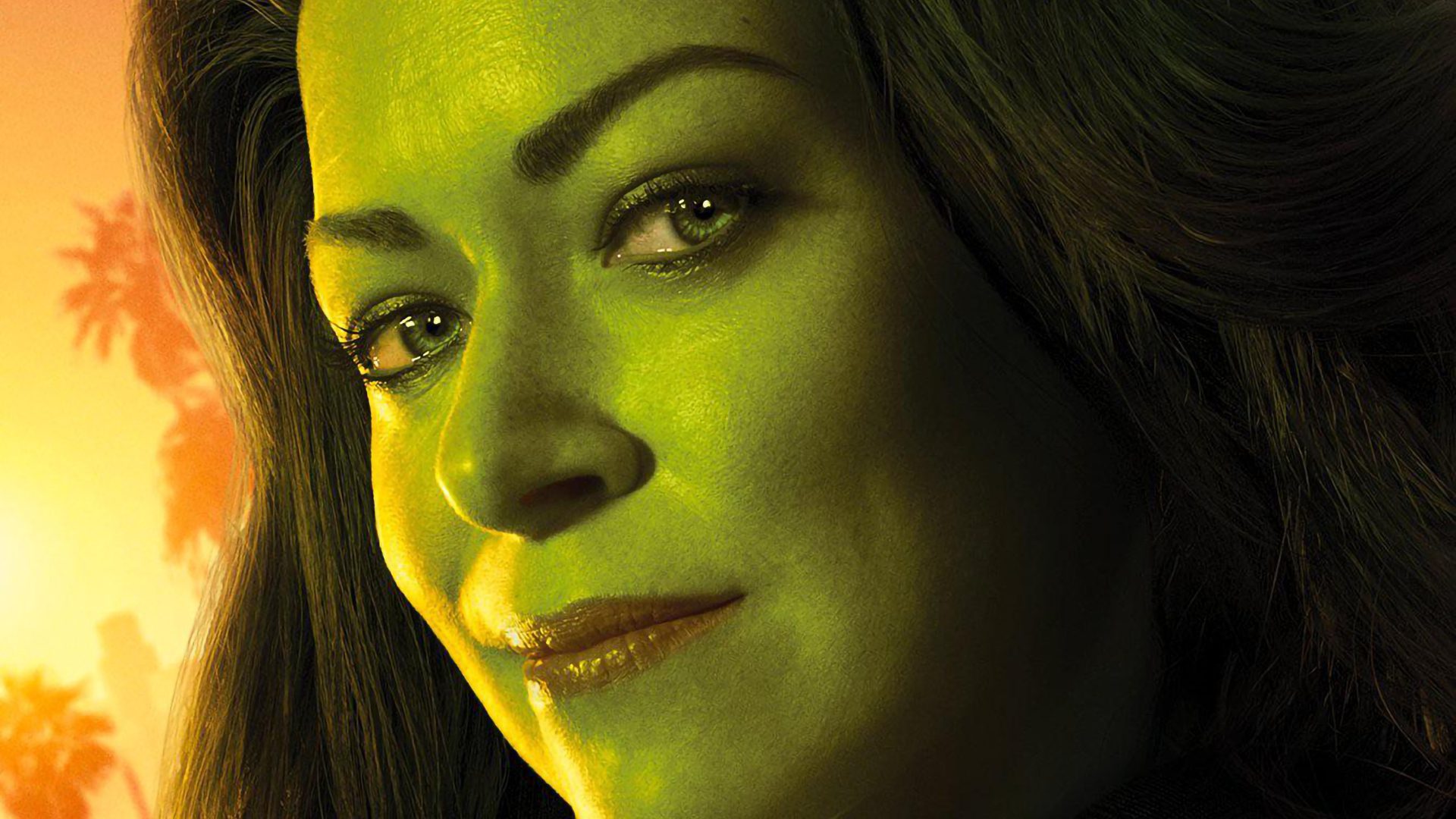 After that, Pug and Nikki rush to a boba café to visit Alonzo (an artist who specializes in designing superhero clothes). The individual running the café takes Pug and Nikki to a secret place, where he has some Avengers ad Avengers clothes, which means he also sells some fake superhero costumes to earn a living.

But Nikki states she wants some exclusive costumes for her best friend. Hearing their demand, he put forth a condition towards Pug and Nikki that if they wish to meet the person who makes such costumes, they must buy some clothes from him, to which they agreed.

In Holden Holliway’s office, Jennifer clarifies to her boss that she will sort everything regarding Titania by obtaining the She-Hulk trademark. Convinced by her words, Holliway passes Jennifer’s case to his associate lawyer, Amelia Book, who serves in the same firm.

Jennifer then appears in court to fight her case against Titania. As the proceeding starts, Titania mocks Jennifer, calling her Shrek in the court. After that, Titania’s lawyer plays a video clip where Jennifer is seen speaking, Do not call me with She-Hulk name, as she doesn’t like it. Here Amelia presents a strong case against Titania and plays another video clip in which Jennifer says, As the media has given me She-Hulk name, I will respect it no matter regardless of whether she likes it. But the Judge here is not convinced by what Jennifer says.

Further, Jennifer and Amelia ask the Judge to extend the court proceeding to next week to establish the case. In the meantime, Nikki and Jennifer visit Alonzo for the costume and meet Todd (Jennifer’s ex) at the place. Amelia and Nikki then have lunch together, during which they form a solid strategy of winning the case- by calling Jennifer’s ex as a witness in the court, formulating that she used She-Hulk’s name before Titania.

Shortly after, the Judge decides in favor of Jennifer Walter and asks Titania to stop using the famous trademark, due to which she tries threatening Jennifer.

To celebrate the victory, She-Hulk calls Amelia to share some drinks at a bar. After that, Jennifer visits Alonzo to see how her costume is designed. The episode then shows Daredevil’s yellow helmet teaser before the ending.

The fifth episode of She-Hulk mainly revolves around her dispute with Titania. Although, this fight didn’t result in any physical feud as both sides were confronted in court. After winning the case, the road for Jennifer is paved to be the sole owner of She-Hulk label. In addition, her superhero attire is finally prepared, which we may see in the next episode.

Also, the most momentous point of the episode was observed in the last seconds when Daredevil’s helmet was shown. It boasts the same design as we saw in the Netflix series. The only distinction is this updated helmet is yellow despite of red. This implies that the most-awaited presence of Charlie Cox is going to happen soon. And guess what, Matt Murdock got a new trailer on the streaming platform. Yeah, an inventor named Melvin has given him his red-body superman suit, and now we are only routing for our favorite Daredevil to come back and wow our hearts. 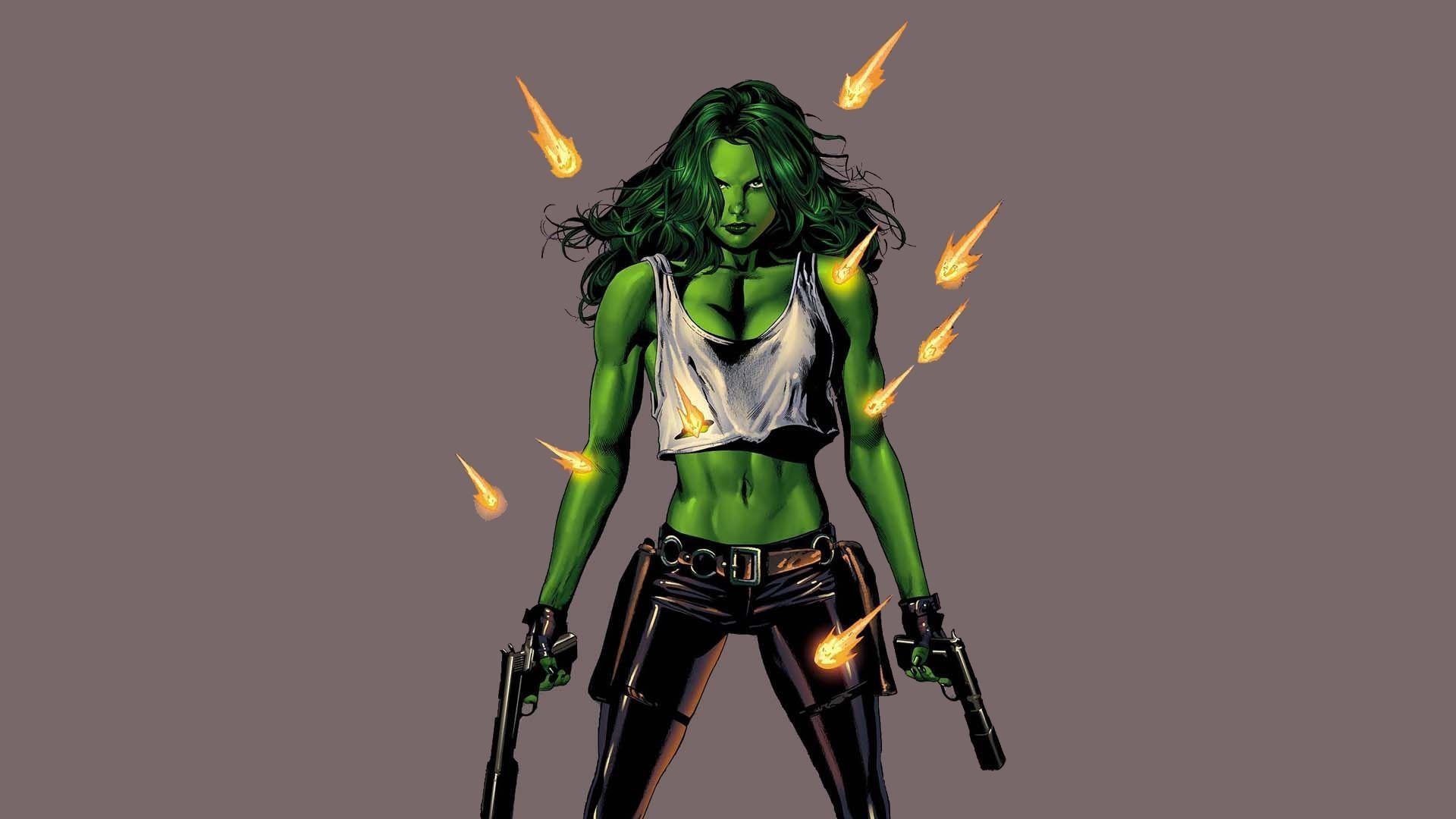 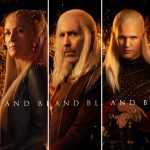 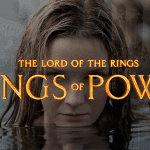 Next Story
Lord Of The Rings Episode 4: The War Now Creeps Closer!