House of the Dragon Season 1: Review 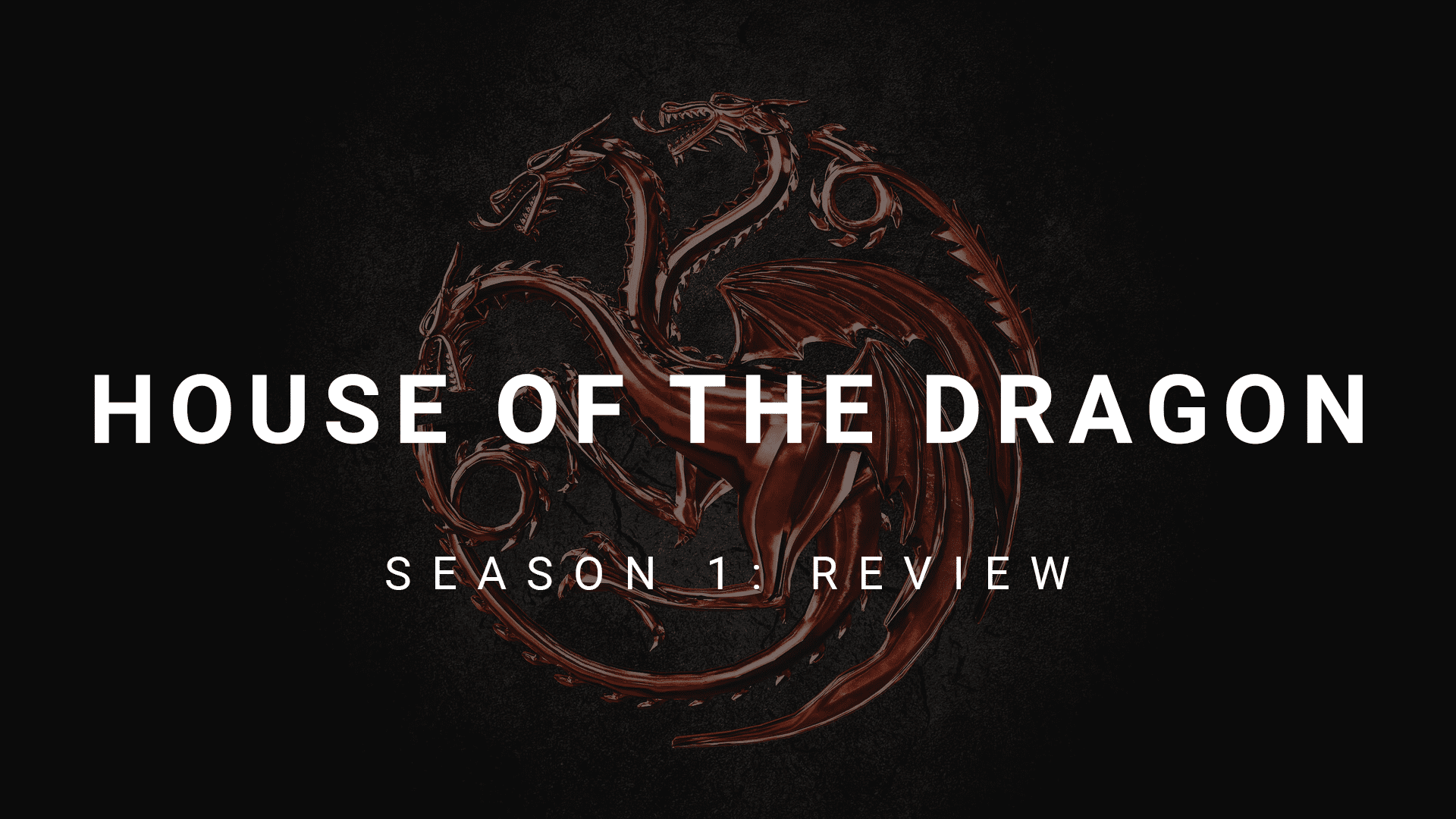 House of the Dragon Season

Plot: A war line draw between a princess and a queen and conveys a story of the Targaryen.

House of the Dragon season 1 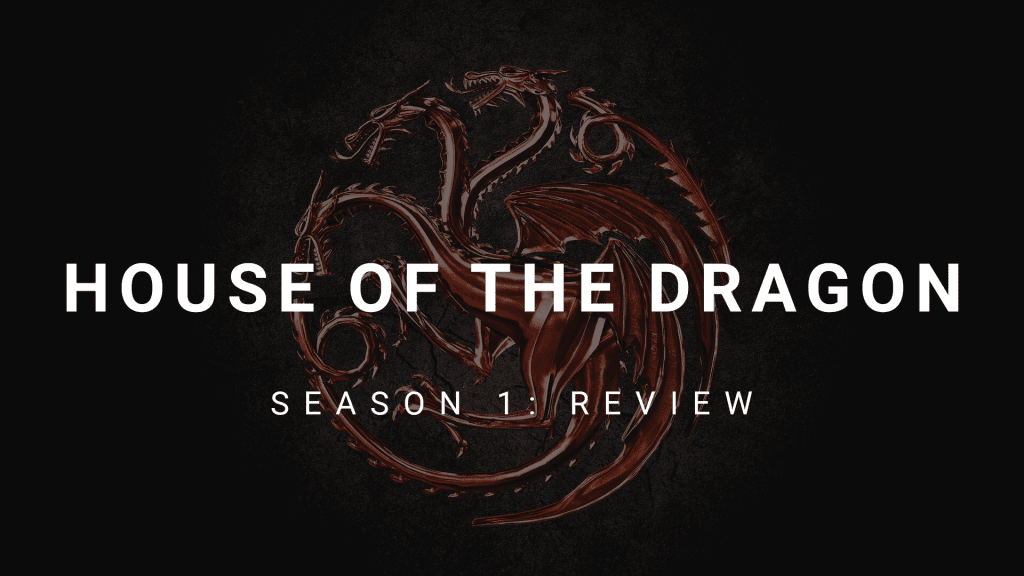 is now streaming on HBO Max and Disney+. Popgeek’s review comprises some spoilers and plot details of the show. Stay tuned to catch our review of the first season of House of the Dragon right here.

The first season of House of the Dragon concluded with a cliffhanger where Vhagar catches Arrax and Luke in his mouth and tears both in two parts. After the release of all its 10 episodes, House of the Dragon finally set its core cast and presented us with the three Targaryen generations who would now take forward the show’s upcoming seasons. Along with laying the groundwork, the Game of Thrones prequel also gave rise to a dragon battle. In real life, it may look like cliché, but with House of the Dragon, it’s a good compliment to see the show delivering all the family plotting, dragon-related mayhem and murders that we expected of it.

The story dates back to 200 years before the Throne era; House of the Dragon had a deep concept of the ancient world to show. For the less, viewers had a sense of the platinum blondes and geography, which had arrived in the season. In addition, the Targaryen antecedent is also here to rule Westeros and dragons, who are all set for mass destruction.

First Season Sets the Pace For Another

Showrunners Miguel Sapochnik and Ryan Condal set the tone with the first instalment, which displayed ancient pageantry, horrible violence, royal plotting and a little girl on a dragon.

In the initial episodes, the show had good relevancy with that of Game of Thrones; Ramin Djawadi’s iconic theme music added a spark. However, the new cast and storyline of a powerful family gave a new feeling. Not all the episodes aired smoothly, though. Even Ryan and Miguel considered the first season a slow burn and promised to pick up the face in House of the Dragon season 2. In some episodes, we felt like the showrunners were dragging them unnecessarily. The cast replacement of Milly Alcock and Emily Carey with Emma D’Arcy and Olivia disordered the show’s flow. But because they also showed a 20 years odd leap concerning the new cast, we would say the idea wasn’t that bad for 10 episodes.

Besides, House of the Dragon season 1 has also encountered its major problem, with the Targaryens making less sympathetic leads than expected. The Neds plunged together, divided by circumstance, and barely attacked one another. They never slept with each other and brought the situation in which one’s nephew could also be one’s son.

A civil war takes place owing to the real sin of House Targaryen; when they arrived in Westeros, they battled to preserve their abilities of dragon-riding instead of taking a stand for their women’s right to govern. If it had happened, Rhaenyra would easily gain the Iron Throne, and nobody would have created a mess. 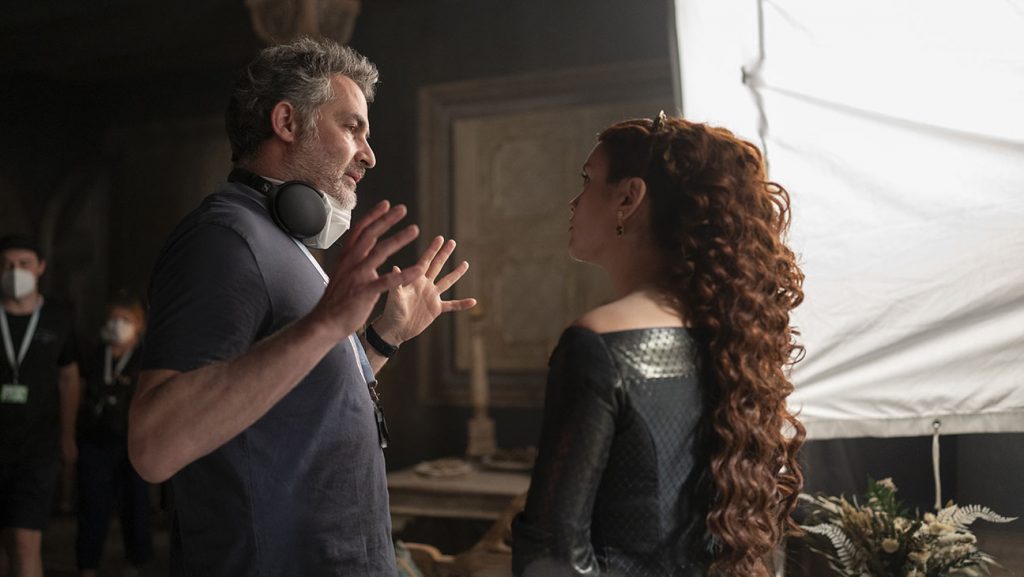 To cope with one of its core problems of remaining sympathetic, the Game of Thrones prequel has put its best foot forward so that the audience likes some Targaryens. Paddy Considine is one of them who has drawn the audience even if he portrayed emotions of foolishness and selfishness. At, a family dinner where he was wholeheartedly begging to maintain peace was a moment that neither the show itself nor Game of Thrones has shown yet. Whether Milly or Emma played Rhaenyra, the showrunners justified well with the characters. On the other hand, even if Daemon’s character is highly judged for his violent tendencies, immoral strategies and aggressive outbursts, he is more dedicated to preserving his family than Rhaenyra or his brother.

How can we forget Alicent’s character is significantly more twisted than Fire and Blood? But, one point where the show missed was portraying Aegon’s depths of depravity in the episodes and not showing Aemond’s outrageous character as an intolerant kid. We only could see those little shits in Luke. For some good reason, his character had originality we liked in the plot. Though, not all conspiracies, hidden emotions, twists and turns are brought out by the makers.

Only the plot of Blacks supporting Rhaenyra and Greens supporting Alicent could have worked well if it had shown some glimpses of House colours before and after Alicent arrived for a meal with a fresh look.

Likewise, the difference between everyone else and Targaryens is their possessing dragons is also underplayed in the show.

To some extent, House of the Dragon has faithfully offered dragon shots. But what has been ignored is the bond between the beast and the rider. Viserys rode Black Balerion only once. His one flight on the dragon empowered his claim on the Iron Throne. First, we were presented with Rhaenyra expressing her love of dragon flight, but that is rarely noticed since then. There are some shots of riders talking to their dragons. Watching House of the Dragon, we learnt that we should care for Dragon’s death just like we do for humans instead of simply installing them in the background.

House of the Dragon Has Successfully Managed a Character-led Drama

Despite the House of the Dragon plot building slowly, the show’s frequent callback to establish its show’s characters and identity was done successfully. It’s high time; the show should stand apart from its predecessor’s shadow. On and all, House of the Dragon season 1 has successfully turned Martin’s dry history into a character-led drama that is equally exciting as Game of Thrones.

Initially, the House of the Dragon episodes had some vibes of Game of Thrones but bwas lost thereafter. Still, after concluding its first season, House of the Dragon has successfully established its character’s identity and proved itself as a strong prequel to Game of Thrones. The show was completely free to bluster the dragons and brawny to screen its bold scenes in the parties and bedsides that gave rose to misunderstanding, conspiracies and bloodshed. Despite the ending hurts the viewers, they are remarkable one. All credit to the writers and the enriching dragons of course.