House of the Dragon Episode 9: The Green Council, Recap!

The following spoiler contains the story of the civil war of King Viserys 1 Targaryen’s children fighting to grab The Iron Throne. Titled The Green Council, here is what has happened in House of The Dragon Episode 9.

House of the Dragon episode 9 is filled with action, adventure, drama, manipulation, and conspiracy. In short, the penultimate episode of House of Dragon has everything you could ask from the show. However, this episode doesn’t have the ironic moment as Game of Thrones had with the Battle of the Bastards.

You may be surprised to let this know that the season’s two significant characters, Daemon and Rhaenyra, have no appearance in this latest installment. Although it may be a creative decision, what has led the two parties to disappear, especially when we are so close to the finale? We think the 10th and final episode of House of Dragon will have all our answers. We have detailed the three primary takeaways from the House of the Dragon Episode 9.

House of the Dragon Episode 9

The episode opens at midnight in the Red Keep, when Talya (Alicent’s handmaiden) informs Alicent about the king’s death. The news leaves Alicent teary-eyed, after which she rushes to her father, Otto, to inform about the same. Further, Alicent adds, last night, the King told me he wished Aegon to take the Iron Throne. Otto commands a small council where he lets all the members know about King Viserys’ last words. With his last breath, King Viserys expressed his last wish to Queen Alicent, that he wanted his son Aegon to be the next ruler of the Seven Kingdoms. While all these words and actions feel planned, Alicent could not understand what was happening.

More than King’s death, his last words bring shock waves to the Kingdom. An infuriated Lord Lyman rails at how conveniently the plot of putting Aegon on the Iron Throne is being built here. He accuses Alicent of making a conspiracy until Ser Criston kills him after approaching from behind. Ser Harrold blasts out in anger at Ser Criston for doing so, interesting the latter to engage in a war of words with Ser Harrold. Before this heated argument could cause anything, Alicent breaks the ice of the situation, but Harrold constantly scowls for the rest of the time. 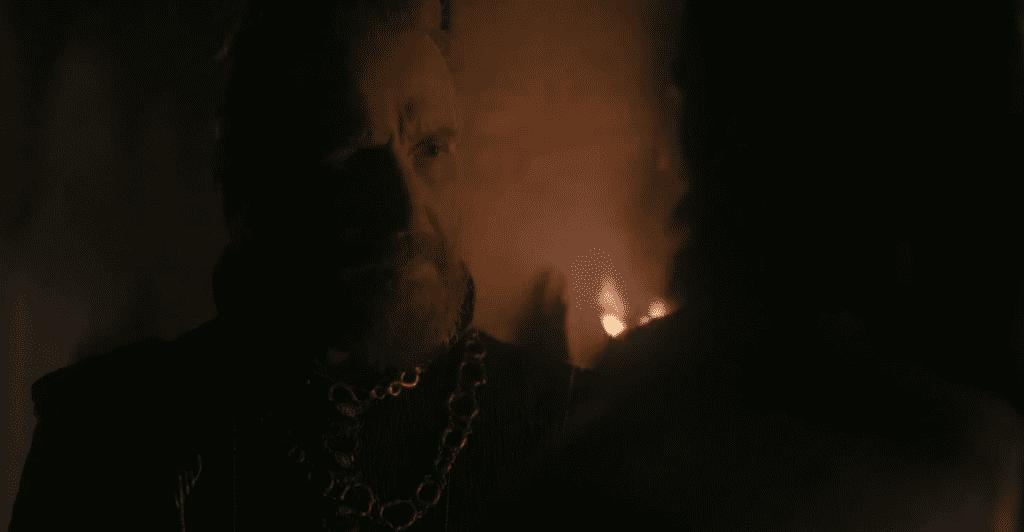 Otto Hightower asks everybody to sit down to conclude. He says we will allow Rhaenyra and her family to promise their loyalty to Aegon, after which they will be imprisoned, so they don’t encourage anyone to support them. But Alice knows that Daemon and Rhaenyra won’t kneel, so she wonders if Otto will kill Rhaenyra. When the council members ask Alicent what she wants us to do, she doesn’t have an answer. Therefore, Ser Otto commands Ser Harold to head to Dragon stone and come clean. But instead of doing so, he rips off his white cape, saying that he is Lord Commander of the Kings, and since there is no King at the moment, he has no place in the Kingdom.

A King is Missing in the King’s Landing 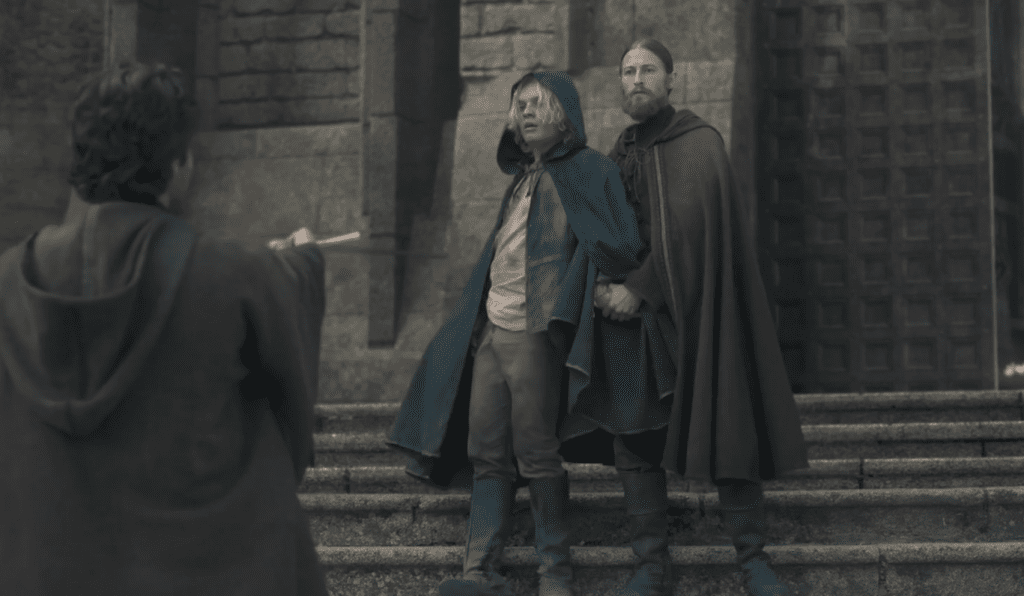 Otto calls for the supporter of Rhaenyra and asks them to promise their loyalty to the new king or else get ready to watch a grim fate. While most do, others face repercussions. But there’s another problem. Aegon is missing!

Ser Criston informs Alicent about Aegon’s escape. Thus, Otto commands Arryk Cargill and Sers Erryk to bring Aegon directly to him and not to Alicent. Soon, when Alicent knows about the plan, she asks Ser Criston to find Aegon and bring him to her only.

While, Aemond and Criston head to the Street of Silk and meet a prostitute who tells the duo that Aegon’s taste is discerning now. While they continue their search, Aemond expresses that he should be the ruler of the Iron Throne, as he understands weapons and history.

On the Other side, Erryk and Arryk are approached by a young woman who claims she knows a woman who can help you find Aegon, but for a price. The woman turns out to be Maria. Though in return for Info about Aegon’s whereabouts, Mysaria demands the freedom of the prostitute’s children from the Flea Bottom. As Arryk and Erryk agree to her terms, they locate Aegon, who is unhappy about being found. Arryk and Erryk instantly take Aegon to Criston and Aemond. Aegon pleads with Aemond to let him go, as he doesn’t want to rule, but Criston declares that Alicent is waiting for him, and that’s it. 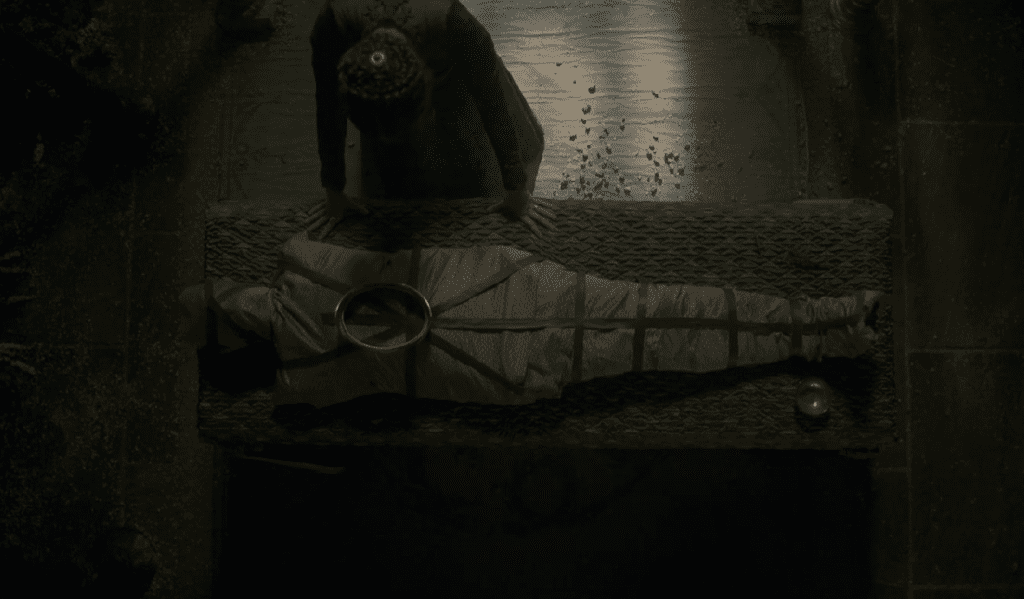 After King Viserys’s body is prepared for his funeral, Alicent informs Rhaenys about King’s death. In Rhaenys quarters, Alicent butters her up, saying she should be the Queen by blood and temperament. Flipping the tables, Rhaenys says, Have you never considered yourself to the Queen? Alice doesn’t answer at all.

After Aegon’s capture, Alicent tells Otto that she never wanted to be the Queen and only wishes Aegon to be the King, with Ser Criston as Lord Commander of the King’s guard. Otto marches, As you wish.

Alice returns to her quarters to sigh of relief and finds Larys waiting for her to share some information. He informs her that there is a group of spies in the Red Keep whom we can kill. When Alice asks to name them, he takes Talya’s name and says there is more like her over the place.

The next day, Ser Erryk visits Rhaenys and asks her to join him, as he has planned to take her to Blackwater Bay secretly. However, they are baffled in their attempt to do so, as the natives of the city are gathered at the spot where Aegon will be crowned on the Iron Throne.

All Don’t Hail the King?

As when the crowd gears up at the spot, Otto states about Visery’s death and his last wish of making Aegon the next King. There’s only a bit of joy when Aegon is given the crown. But when the new king lifts his sword in glory, the cheers grow eventually.

Although, soon, the happiness turns down when Rhaenys flies a dragon into the sept and wreaks havoc over the place. Alice comes ahead of Aegon when the dragon opens his mouth and creates noise. Rhaenys gives a pointed look at Alicent and flies off into the wild blue yonder. With this, the House of the Dragon Episode 9 concludes its penultimate installment of the first season.

House of the Dragon Episode 9 has just lighted the fire about to destroy the King’s landing. And it is Alicent who shines this time. Currently, she is playing the more significant part of the chessboard. While she believes his husband, King Viserys, have wanted Aegon to be the King, she commands everyone to search for him. No matter what Rhaenyra says, we know she and Daemon won’t be happy with Aegon being the new king.

Rhaenys, who suddenly escapes from the King’s landing, has also ruled this episode. Precisely, every other character is leaving an impact on us before they bid adieu in the finale. Rhaenys’s attempt to escape from the underground is just great. The cherry on the top was Daemon and Rhaenyra’s less screentime, which was planned to create suspense in the final episode of the season.

So, are you excited about the season finale? Hit the comment section and let us know your thoughts and assumptions for the last episode.