House of the Dragon Episode 6: It’s a Hard Time For Rhaenyra 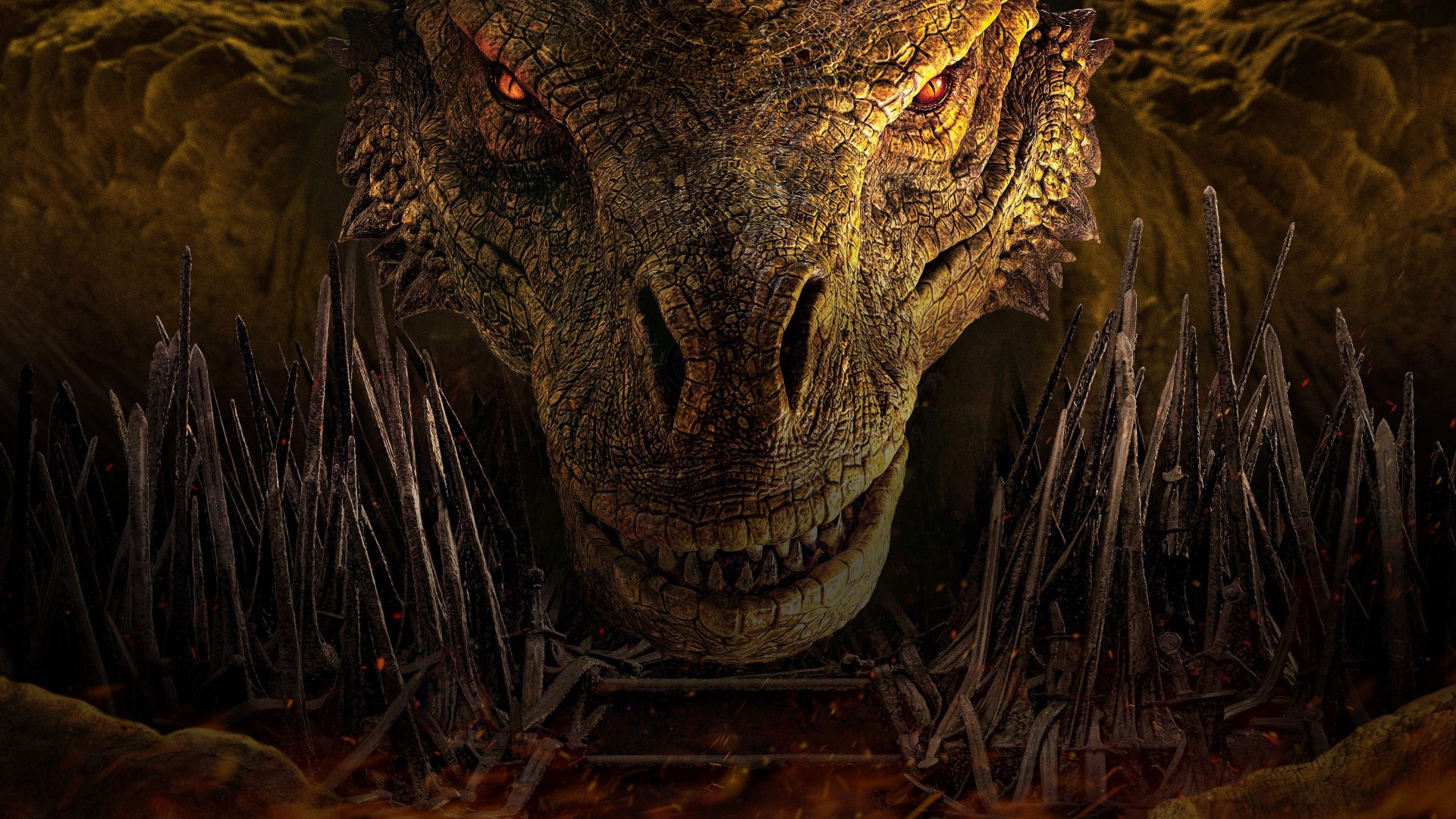 So, we have got episode 6 of House of Dragon streaming on Disney+ Hotstar. We are here to explain what happened in the episode with new characters, Easter eggs and many surprising events taking place. Therefore, if you have not yet seen this latest instalment, this is the time you catch its story here.

House of the Dragon Episode 6: With the latest instalment of House of Dragon, we have to bid farewell to Emily Carey and Milly Alcock and greet Olivia Cooke and Emma D’Arcy in the roles of the older Alicent and Rhaenyra, respectively.

Thank The Seven. Olivia and Emma both seamlessly slide into their respective roles. Now that a decade of over ten years, between the fifth and sixth episodes, both the queen and princess have slightly tricky edges.

However, the cast switch in the episode is the best brilliant deal, including the revelation of how devious Larys truly is and the post-birth trek of Rhaenyra.

House of the Dragon Episode 6: The episode starts with Rhaenyra giving birth to her third child and moaning continuously. To help Rhaenyra in her delivery, Septas attends her and ensures that everything goes smoothly. The time jump clearly shows that now Alicent and Rhaenyra are at odds. As the latter holds her newly born son, she is cited by the queen. House of Dragon That’s a vicious move by Alicent that forces Rhaenyra to navigate the castle. She determines not to go weak; laenor climbs up the stairs. Laenor’s sweet gesture soon gets uncut with him naming Rhaenyra’s child without even consulting the mother. He calls the child Joffrey (his ex’s name, who Ser Criston Cole killed).

Viserys pinpoint the newly born and states that the baby’s nose looks exactly like his father’s nose, which is false.

While Alicent gives a knowing expression towards her ex-best friend, she also suspects the revelation to be true.

Although we all know the birth father of Rhaenyra’s kids, it’s none other than Ser Harwin Strong- a captain of King’s Landing. Lenor, who arguably spends his days with Carlo, is restfully living this lie.

Alicent wants Viserys to accept the truth, but he denies what infuriates Alicent, who already has a hatred for Rhaenyra, as she never disclosed her relationship with Criston and Daemon to Alicent.

Criston also arrives at the mention. Earlier, Criston was humble and sweet, but now he is only a chilly companion of the queen who no more respects his former lover Rhaenyra.

Daemon Goes Through a Timeshare Presentation In the time jump, we see Alicent has taken the place of her father and wants her children to rule the Iron Throne. For that reason, she goes to her son Aegon 2, a young spoiled

and asks him to be the next Iron Throne King. Unsurprisingly, Aegon is seen pushing around Lucerys and Jacaerys and bothering his little brother Aemond by giving him a pig dressed like a dragon. (As Aemond is the only person on their team who does not have a dragon, he is mocked by his brother). Aegon’s lousy behaviour is entirely justifiable because his mother regularly tells him that one day, he must sit on the Iron Throne while staring out the city Aegon will rule.

Harwin and Criston instruct Aegon and other children on the castle grounds to flaunt the swords. While Aegon tyrants other children, Criston passes a comment to Harwin concerning the parenting of Rhaenyra’s kids. Criston’s taunt to Harwin leads to a fight between the two, which eventually raises more eyebrows about Harwin and Rhaenyra’s relationship. Even Harwin’s father, Lyonel, who is the Hand of the King, does not like the fight because he knows the complete truth of the duo’s relationship. Lyonel tells Harwin that he should leave the castle and live as a resident of Harrenhal, the seat of House Strong. And guess what? Lyonel, too wants to run away from the castle and give resignation from his Hand position. While penning down a note concerning his resignation, Alicent and Viscerys ask him to justify his comments. But Lyonel refuses to do so; this infuriates Alicent. Despite Viscerys not accepting Lyonel’s resignation, he allows him to accompany Harwin to Harrenhal.

This shows that King Viscerys knows his daughter Rhaenyra’s truth. As the latter learns these hidden facts, she talks to her husband about it. While he says he doesn’t care about the whole situation, she demands him to stay by her side and leave the castle together. The reason is that Rhaenyra’s son has asked her if Harwin is his birth father. Later on, in the mansion, Rhaenyra tries to be throw her son Jacaerys to Alicent’s daughter Helaena for which she can even give Syrax’s dragon eggs to Aemond. Viscerys like the idea, but Alicent is still stuck with her wish of Viscerys accepting the truth about his daughter. Meanwhile, we see Daemon is now married to Laena Velaryon and gave birth to two daughters, Rhaena and Baela. And now, Laena is pregnant with Daemon’s third child. While the couple visits Pentos, they get a lucrative offer of becoming permanent residents of the Lords of the City. While the Pentoshi are stressed about the return of the Triarchy, they feel Daemon can save them, as he has once defeated Triarchy in the battle.

Want to know more about of HOUSE OF DRAGON.

While Laena doesn’t like the proposal, Daemon considers it for once, but in return, he wants some gold. Laena tells Daemon to return to his brother while also informing him about Rhaenyra’s third child. But Daemon is unhappy with Laena’s words. Next, we see Laena giving birth to her third child, during which the doctor informs Daemon they will have to extract the baby. Laena rushes to her dragon and asks her to burn her with his flame. Daemon tries to stop her, but I guess it’s too late.

Back in King’s Landing, Alicent meets Larys Strong, who agrees with her concerning Rhaenyra’s children. He suggests Alicent free all the prisoners to burn the castle. But Alicent disagrees and says, I did not wish for this. Here Larys has murdered his father and brother and confidently asks Alicent to reward him for his bravery.

The sixth episode of House of Dragon has given us significant takeaways with ten years of a time jump. And this time, Alicent and Rhaenyra are not only at loggerheads but have also turned political in the conspiracies building in Westeros. Otto Hightower has also faced the same situation Harwin faced in the previous episode. Yeah, he is dismissed from his position, and now the race for the next King has officially begun. Daemon, aka Matt Smith, had less screentime in the six-episode after his chemistry Laena didn’t gather any attention.

And now, as, Rhaenyra’s husband and Daemon’s wife are gone, the possibilities are higher that the two broken hearts can come together in the next episodes. But the question is, why has Rhaenyra shifted to Dragonstone? Does she have some odd plans?

Speaking about the Iron throne, we don’t know when the King will hold on. Who will strike first for the King’s position? Wil Alicent and Rhaenyra come up for the claim, or will their children follow King’s legacy? We are short of those answers yet. Let’s see what turns the story takes with the next episode.