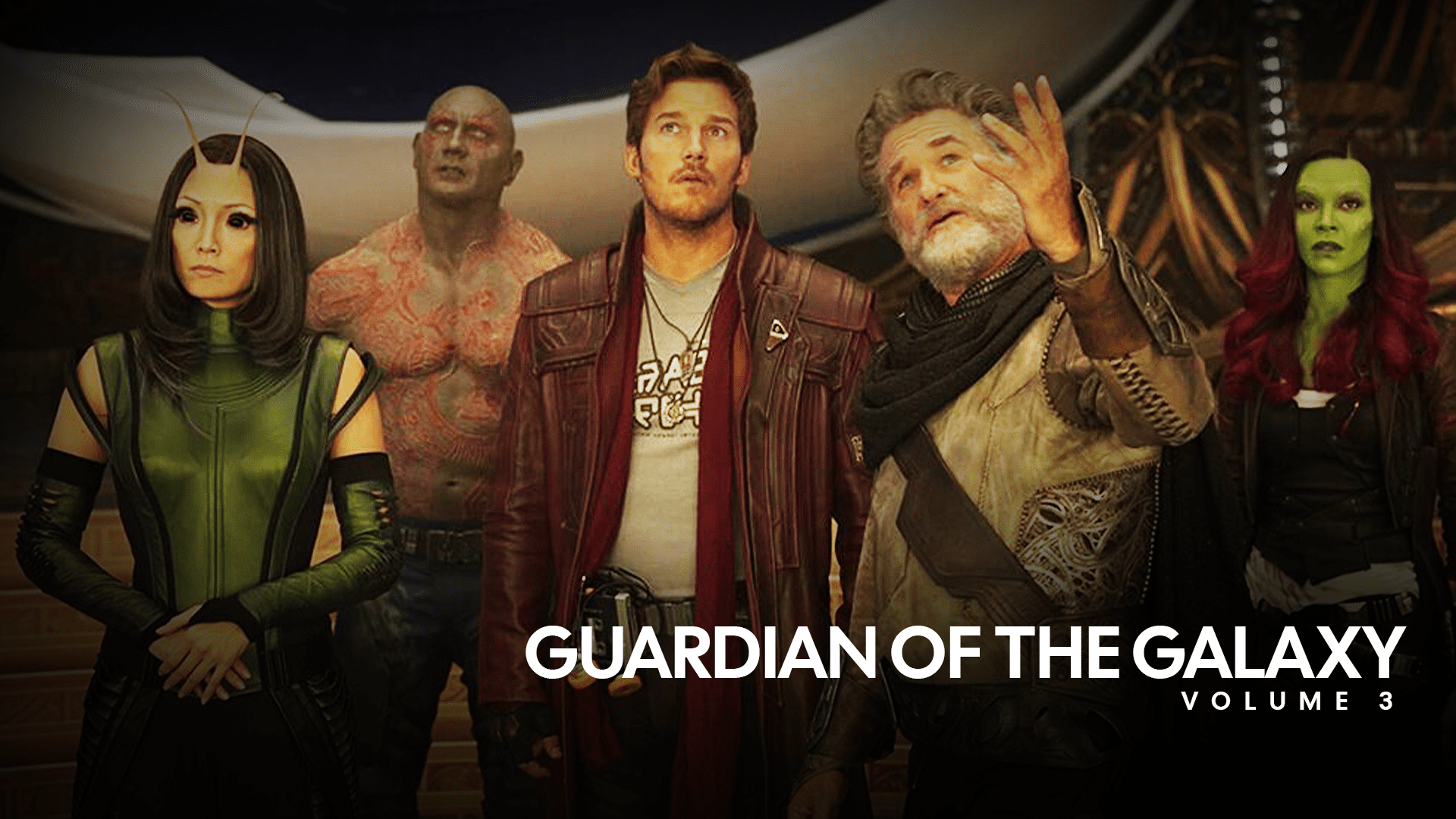 Marvel Studios Guardians of the Galaxy Volume 3 trailer  is available online. Although, the production house had once already teased a clip of the trailer in its San Diego comic con event held on 21st July 2022. And, after almost 4.5 months of wait, we’re given the official trailer. People who have attended the event would have an idea of this biggest revelation. Wondering what it is? Well, it’s the end of the strongest team of marvel, the footage has hinted to us. Not just that but the 1 minute and 56 seconds long video clip also features the first look of Adam Warlock, aka William Jack Poulter, as one of the strongest players in the team. From Peter Quill’s entry and the Gang’s quest to fun-filled moments and the origin of Rocket Raccoon, catch what happened  Guardians of the Galaxy Volume 3 trailer here.

What Happened in the Guardian of the Galaxy Volume 3 Trailer? 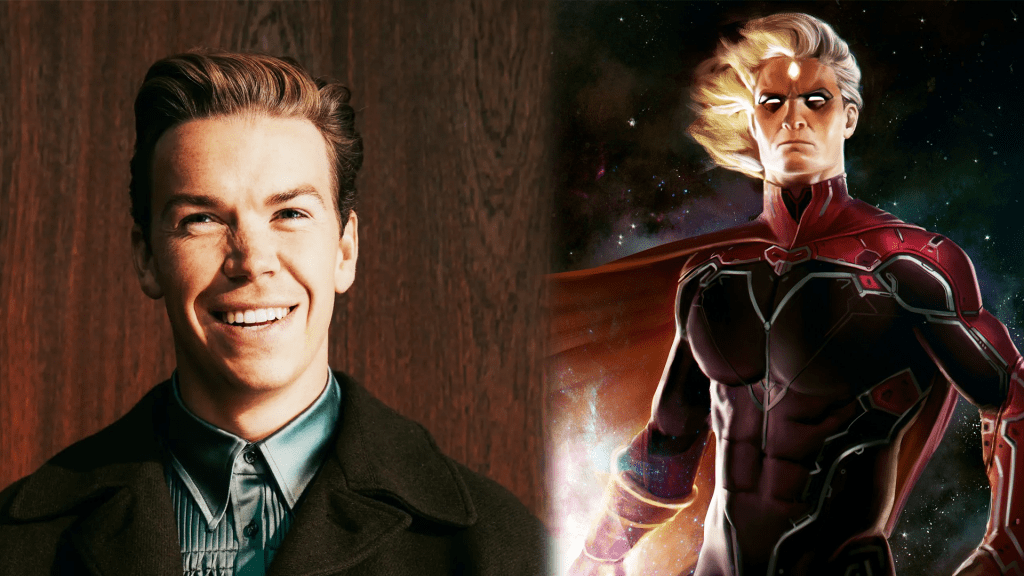 According to the official trailer released on the YouTube channel Marvel Entertainment, we are soon going to witness the origin of Rocket Raccoon from the time he was just a baby. To begin with the starting point, the trailer for Guardians of the Galaxy Volume 3 opens up with Peter Quill longing to find Gamora- the love of his life. Wearing a hooded vest, he says- We were gone for a while. But no matter what happens next. The Galaxy still needs its Guardians. Umm! The gang is officially back here, and this time with more hype hero action. But one thing we are unfortunate for is Gamora. As she is dead in Avengers: Infinity War, it’s impossible to see her return until and unless Marvel drops another bomb of its twists.

The Avengers Endgame featured a distinct version of Gamora in the central Marvel Cinematic Universe and in an alternate universe. And now, in the Guardians of the Galaxy, Volume 3 attempts harder to reconnect with their mysterious lost friend. So, will it be Gamora? Or can we expect a new member of the guardian’s team? Anyways we will find that soon.

As the crew lands on an Earth-like planet, the inhabitants begin doubting it as a threat to their place. While Peter attempts to gain their trust by quoting- Hello, we come in peace, Drax’s small action lands them in trouble, leading to a rock fight. No wonder why Drax had to kick the ball in the man child’s face. Did he think of it as a way of making of connecting with the aliens and collecting some information about the planet?

And as far as Gamora’s appearance is concerned, I don’t see her anywhere in the Guardians of the Galaxy Volume 3 trailer. But the guardian’s gang will find her at some point. The last we saw her helping out Drax in a challenging situation. Later Drax gets hit by something on his chest, and Gamora is sketching a weapon and carries a polaroid. What could be in it? I guess only Gamora knows the answer. And then there comes the best shot of the guardian’s team running away from the fire to avoid its wrath. So, do you think the new Gamora will be able to bond with the Guardian’s crew? What will the interaction among them lead to? What may the situation be? I am sure the guardian gang has something interesting for us.

As we go ahead with the Guardian of the Galaxy Volume 3 trailer, it treats us with the best look of our adorable Adam Warlock so far. Adam has always been a significant character in the Marvel Cinematic Universe. It was Infinity Gauntlet and Infinity War, where Adam Warlock played the most substantial roles and impressed fans with his enriching performance.

Although when, Avengers: Infinity War and Avengers: Endgame didn’t feature Adam Warlock’s character, the comic fans went confused and disappointed at the same time. And, since it was revealed that Adam Warlock would play a significant role in Guardian of the Galaxy volume 2, how come he not appear in both Avengers movies?

In the Guardians vol. 3 trailer, he is seen wearing a jewel on his forehead that is the same infinity stone in the comics. This suggests that the events of Guardian of the Galaxy vol. 3 will take place after the events of Avengers: Endgame. Thus, those asking what will guardians of the galaxy be about the need to wait some time. Possibilities are higher; it’s the gem only around whom the whole incidents of guardians of the galaxy volume 3 revolve. We can also expect Guardian of the Galaxy Volume 3 villain to arrive for the same jewel on the planet. Hey! But do you know Guardians vol.3 is the latest Marvel Cinematic Movie movie that will run in multiverse timelines? Yeah, this is happening next year.

Moving ahead, there is also a shot in the trailer where Adam pins and punch Nebula to the ground. In the comic version, Adam’s character has both white and grey shades; it’s challenging to find his function in the movie in May next year.

The High Evolutionary is Here! 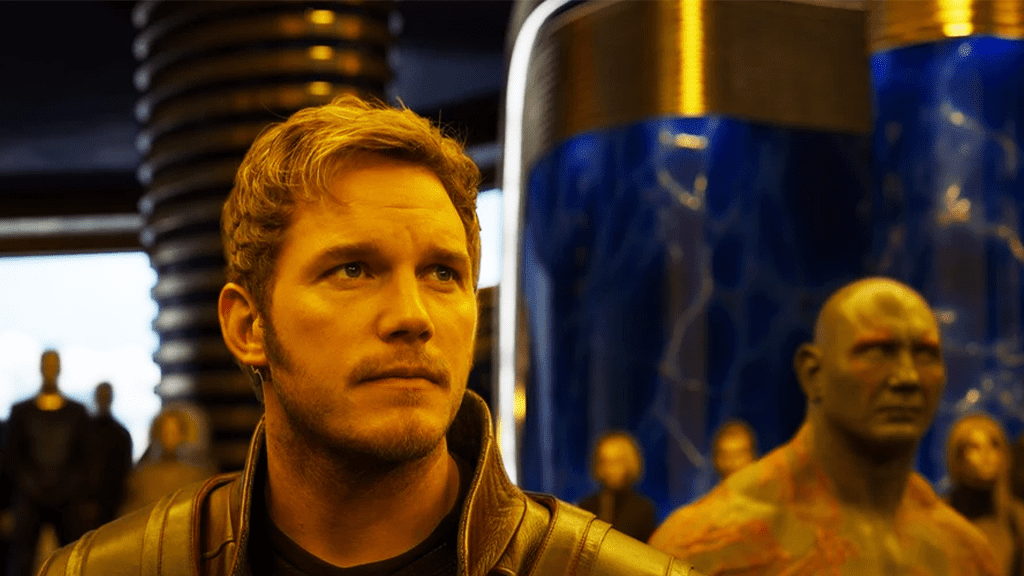 All stop! Guardian of the Galaxy Volume 3 villain, aka The High Evolutionary, is here. In the film, he is Doctor Herbert Wyndham, who creates human/animal hybrids known as New Men. As we witnessed the inhabitants with human bodies and animal faces in the initial footage of the trailer, it’s pretty apparent it’s the High Evolutionary who has created them on earth. Now the Guardians gang has arrived to fail his devious plans. This means Doctor Herbert Wyndham will need massive powers to combat the superheroes.

Speaking about the Rocket Raccoon, there is something wrong going to happen with them, and the crew is just not prepared for any more losses now. The only emotional lines we hear in the trailer are because of the cute Rocket, who also hugs Lady Lylla in the trailer. Lylla was Rocket’s soulmate in Marvel comics, so the movie will throw some flashbacks from Rocket’s past to give a clearer picture of his functionality in the film. Come what may, we are happy to see Rocket’s appearance and are routing for him to his further actions.

The most crucial thing saddening us is the exit of James Gunn from the Marvel Universe. As the actor has decided to co-lead DC’s TV, film and animation projects, he won’t appear in any of Marvel’s roles ahead. Therefore, possibilities are other Guardians characters will bid farewell to MCU, bringing an end to the Guardians Era.

Guardians of the Galaxy Volume 3 will hit theatres on 5th May 2023. 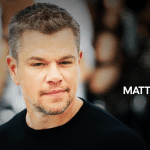 Previous Story
What is the Net Worth of Matt Damon? – Popgeek
→ 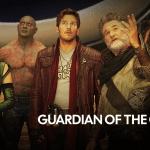