Enola Holmes 2 Movie Review: Millie Bobby Brown Is Back to the Case 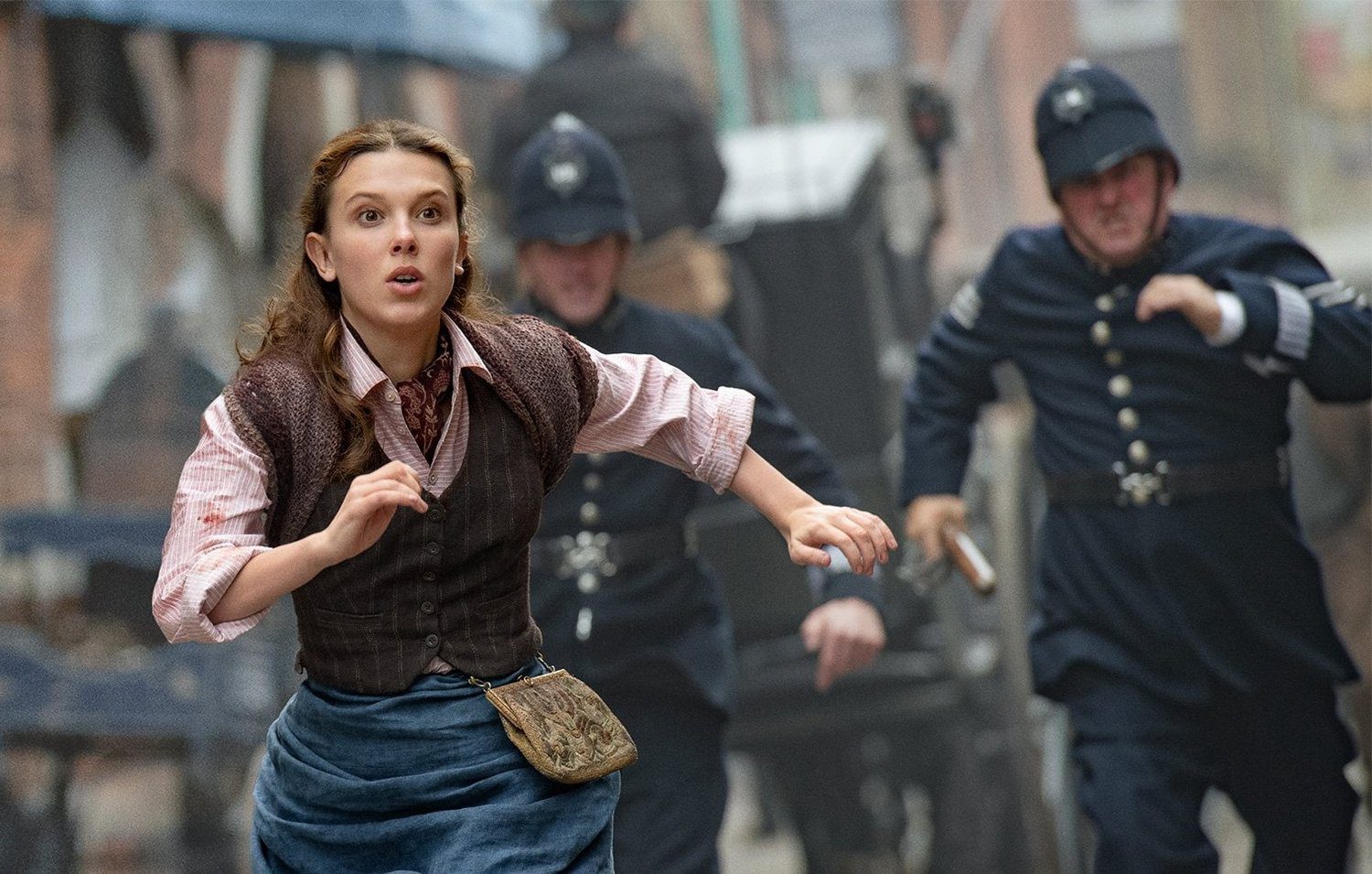 Millie Bobby Brown, Sherlock’s little sister, has repeatedly proven herself as an incredible actress. In the Enola Holmes 2 movie, she has returned to her character, who is now eager to become a detective like his brother Sherlock. Although, this time, she wants to establish her own identity and thus refuses her brother’s help concerning the same. After the first Enola Holmes release, fans were curiously waiting for the movie sequel. And now the sequel will only impress them as it is equally similar to the 2020 Enola Holmes, just with a different Enola Holmes 2 plot.

Enola Holmes 2 movie opens up with Enola Holmes, who has started her detective agency. Although, when a complex mystery comes to her desk, she should seek her brother and her friend’s help to rescue the missing girl in danger. 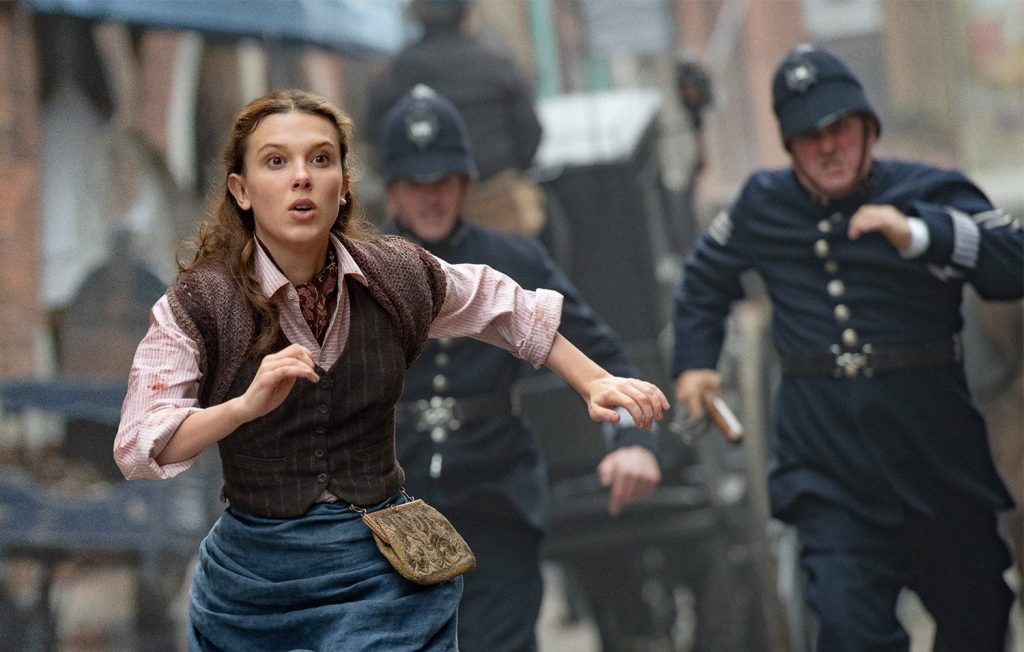 If you have loved the 2020 Enola Holmes, you would love the movie sequel too. The way the whole scenes are shot and mysteries are built and solved; feels similar to how the first Enola Holmes was made. Of course, the sequel has a different plot, but remaining everything is likeable. Millie’s performance has just saved the day.

She is outstanding as Enola Holmes, who faces ageism, sexism, and doubts in her skills with people asking her whether her brother Sherlock is available to take the case. When she is about to close the agency, an impoverished girl named Bessie hires her to find her missing sister, who labours at a local match factory.

As Millie takes on her first case, she puts her best foot forward to close it successfully. Followed by a few action sequences, Enola prepares it all to solve the puzzle pieces. Compared to the last time, Enola would need a bit more help with her first case. However, looking at her and Sherlock’s bond, we think the mystery fits into the sequel.

But it turns out that Enola’s case is maybe linked with a case Sherlock is working on. Enola’s mother helps and advises Enola to only depend on herself. Her mother motivates her with her thoughtful words and suggests forming alliances to become more of herself. And whenever she needs guidance, Lord Tewkesbury is always there for her.

Speaking about Henry Cavill is terrific as Sherlock, and this time, he has gathered more screen time. At a few points, when he becomes the centre of the stage, Enola outshines him just to remind us whose film this is. Although we cannot deny every time Henry is on screen as Sherlock, his performance and energy say it all.

The set design and costume are as captivating as we could expect from a superhit mystery film. Legendary Pictures PCMA productions deserve a shoutout for emphasizing every detail. Animated additions hint at what Enola is thinking and offer flashbacks of only mother’s lessons which empower Enola to fight the obstacles.

The other Enola Holmes 2 cast is mainly strong, featuring Adeel Akhtar and David Thewlis as the police detectives following up on the same case while suspecting Enola. 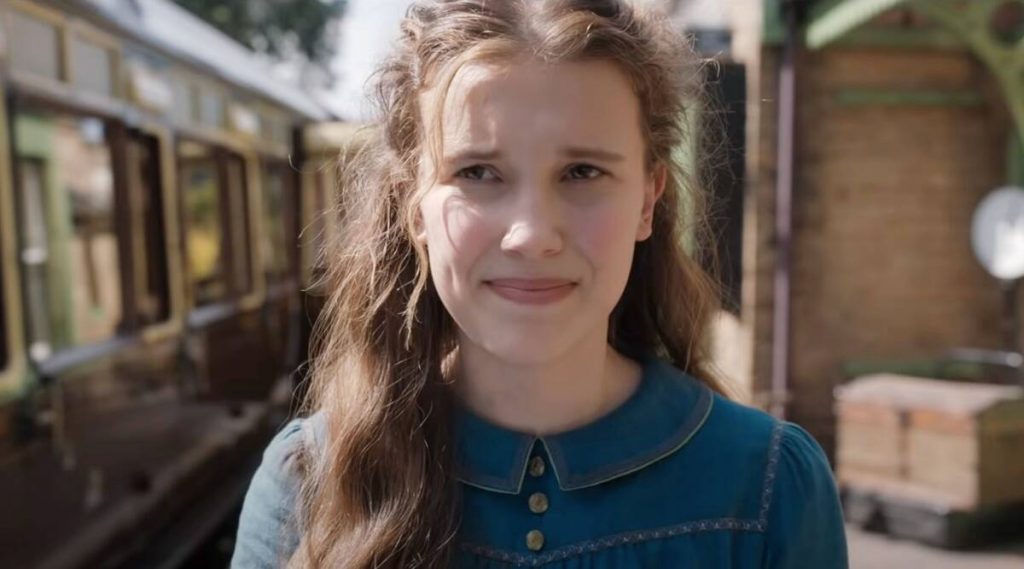 Just like the previous one, this time also, Enola Homes has the same central issue of a lengthy runtime. The movie sequel has a total runtime of 2 hours and 10 minutes which we feel was unnecessary for a mystery thriller like Enola Holmes.

Of course, we don’t deny Millie’s captivating performance, but her inability to carry the story can’t be ignored either. Considering the plotline and twists and turns, reducing the runtime by thirty minutes would not have been that difficult.

Owing to the excessive runtime, there have been moments where we, as viewers, were waiting for a playful conclusion. And the mystery was too predictable before we watched Enola solve it. But, some twists and turns that came out of nowhere surprised us.

Will the Game Startup Again With Enola Holmes 3?

Nancy Springer has written six books about Enola so far, because of which we think she will continue the story with four more sequels. Though the production house has confirmed nothing on the third instalment of Enola Holmes, the film series can’t conclude with just two drops. The cast and crew have expressed their desire to take the story ahead, with Enola becoming the super-detective of the Holmes family.

If made, we could expect the release of Enola Holmes 3 between 2024-2025, considering the mystery film’s pattern. As the movie sequel came after two years of the first film’s release, it is expected that the third instalment of the series would hit Netflix within or after two years. Like the two Enola Holmes instalments, Enola Holmes 3 will also adapt to the story of Nancy’s novel series.

Enola Holmes 2 movie is a great-time watch. It’s entertaining and silly at the same time. Its similarity to the first Enola Holmes creates a significant issue for the story. Legendary Pictures PCMA production has just saved the sequel through different plotting. The Enola Holmes 2 cast has delivered excellent performances and has put their best foot forward they could with those quirky dialogues. It’s lengthy, predictable and similar, but we are sure fans would love the twists and turns that come ahead.