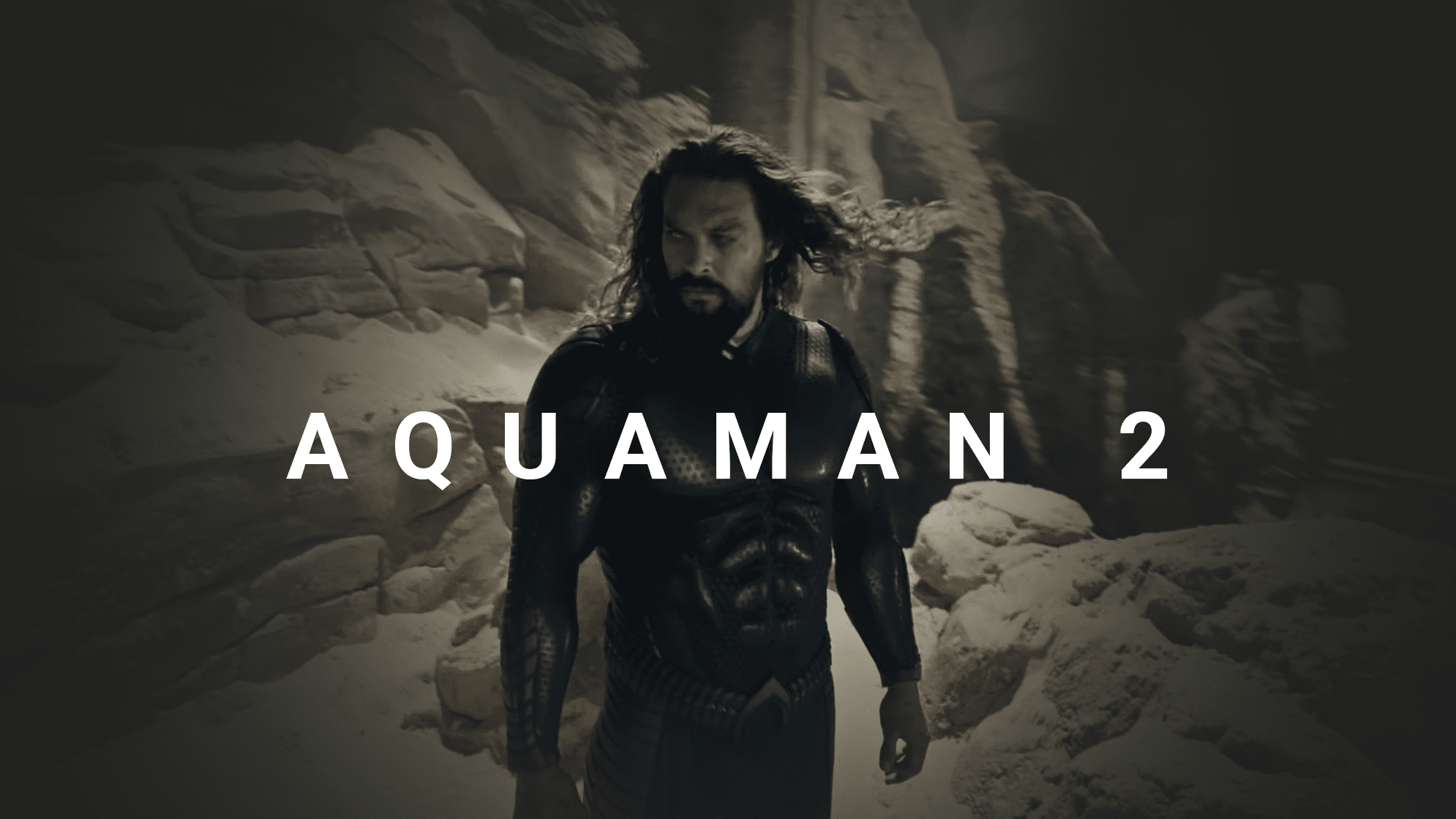 It’s time to watch the more water fun as Aquaman 2 Trailer, Cast, Plot, Release Date and More is all set to wow our hearts with Jason Momoa’s return as Aquaman and the Atlantis King to the 2018’s Aquaman sequel. This time Arthur Curry will have to face more danger passed by Black Manta/ David Kane and his half-brother Orm Marius/Ocean Master.

As the 2018 sequel Aquaman was made a huge collection of $1.148 million at the box office, the sequel’s success is assured. Aquaman and the Lost Kingdom has completed its filming with James Wan also returns to the film. Who can forget Julie Andrews’s voice of a sea monster? James has also introduced a seahorse and a breakdancing crab this time around. Possibilities are that they can start a band together. Anyway, we will talk some other day about it. For now, we have got some news about Aquaman 2 trailer release date. All thanks to the Aquaman 2 cast and director who have spilled some beans on the upcoming film. So, grab your popcorn and let’s dive into Aquaman 2 trailer, release date, cast and so on.

When Will Aquaman 2 Release? 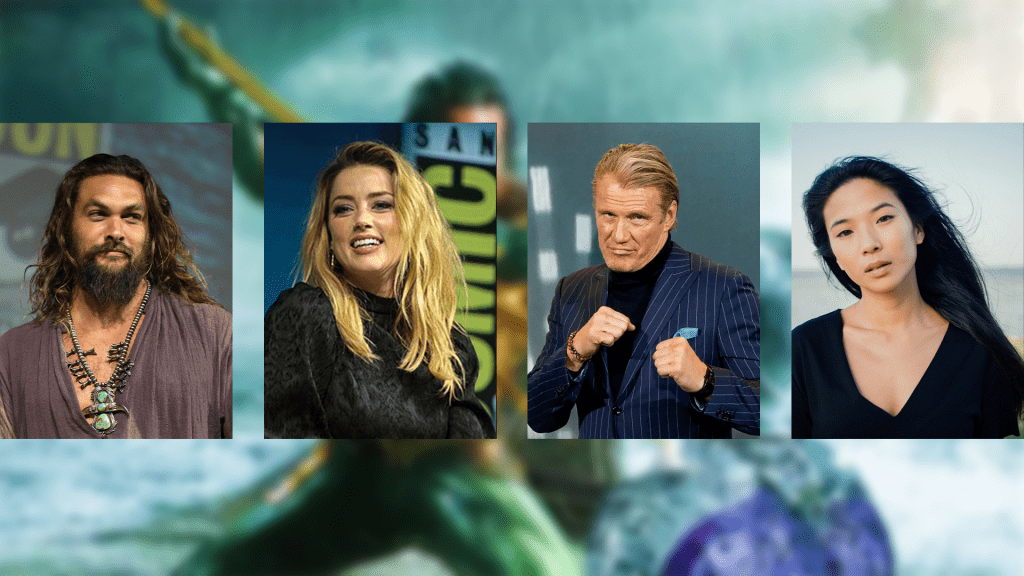 The first Aquaman movi was released on 14th December 2018 and it busted the charts in the month. And now, the Atlantis King is back again on the big screen for Aquaman and the Lost Kingdom on 25th December 2023. The Aquaman sequel is one of the luckiest movies that wasn’t halted because of COVID-19. This was mainly because James had already wrapped the Malignant shoot in 2019, as he wanted to make another horror film before launching any DC project . Later on, in June 2021, James resumed the production of Aquaman and the Lost Kingdom under the production title Necrus.

The first movie, Aquaman, followed the story of Arthur Curry as he is dedicated to gain his birthright as the Atlantis King to ward off a battle between the underwater kingdom and the world. His decision eventually leads to a world adventure as he search for the trident ruler King Atlan.

Now it seems like the new movie, Aquaman and the Lost Kingdom include the mysteries of the Lost Kingdom. In the DC comics, there is an Atlantean Kingdom named Necrus, which works through an alien satellite.

However, why Arthur is hunting for the mysterious location associated with Atlantis is not revealed yet. According to James Wan the mystery behind the hunt will expand DC Extended Universe. At the DC FanDome, the Aquaman director had informed the audience that this time the Atlantis King will explore different worlds in Aquaman and the Lost Kingdom. This doesn’t mean that the complete runtime of the movie would revolve around Arthur visiting different worlds. We also have Patrick Wilson and Yahya Abdul-Mateen II will return to their respective characters as Ocean Master and Black Manta.

It will be fun to watch how the dynamics between Arthur and Orm changes following Orm’s conquer in the first movie. Chances are higher that he might come back as Loki/Thor like the situation where the siblings collaboratively works.

The last time we saw David Hyde seeking revenge on Momoa’s hero for defeating him in the war and murdering his father. He also forms an alliance with the Dr Stephen Shin. It’s better Aquaman also ensure his supporters.

Aquaman 2 Cast: Who is the Returning Cast and Newcomers?

Wondering who is in the Aquaman 2 cast? Well, the Aquaman 2 cast features Jason Momoa as Aquaman, as he is back with to play his titular role with an all-new costume this time. How can we miss the iconic green and orange look that is now transformed into a silver and blue outfit in the film’s sequel?

The fresh-look has many visual elements but the reason the titular character required a discrete costume will soon be revealed in the Aquaman 2 movie. In an interview, Jason has stated that he would under go a surgery for the injuries he had during the film’s shoot. Therefore, you can expect some big action sequences in Aquaman and the lost kingdom.

Amber Heard is also back as Mera, but this time her screen time has reduced dramatically in the Lost kingdom because of her legal battle with Johnny Depp. Warner Bros. are facing the audience’s wrath for featuring the actress. Many of them have even demanded to remove the actress’s lead part from the Aquaman sequel because Johnny Depp left his role of evil wizard Gellert Grindelwald. However, despite all the criticism, Amber Heard will still appear in Aquaman and the Lost Kingdom as Warner Bros. has stood by the actress.

Dolph will again portray Mera’s father King Nereus, for which he has wrapped his part of shoot. Randall Park might be seen as an ally of Black Manta. Indya Moore’s Karshon and Jani Zhao’s Stingray are the new characters to the sequel.

Is the Aquaman 2 Trailer Out?

No, the Aquaman 2 trailer is not yet released by Warner Bros. The cast and crew of the movie sequel has shown a video at DC FanDome last year that has given some hint to fans of what they can expect from the movie.

The video not only had a range of concepts of the movie but showed a glimpse of the film’s main cast performing some stunts. Jason has appreciated the storyline quoting ‘’this time the film is tackling important issues, environmentally, while the stakes are higher than before. James Wan has also stated the film was a more matured concept in contrast with the previous one.

The action sequences shown in the video predicts an alliance of Arthur and Orm and Patrick Wilson’s return as the Aquaman 2 antagonist. Thereafter, we are introduced Black Manta, giving him another outlandish look. Yahya appears wearing a muscle suit which will surely delight all Aquaman fans.

So, that’s all we know so far about Aquaman trailer release date. To catch more such interesting details about upcoming DC films, stay tuned with the page!