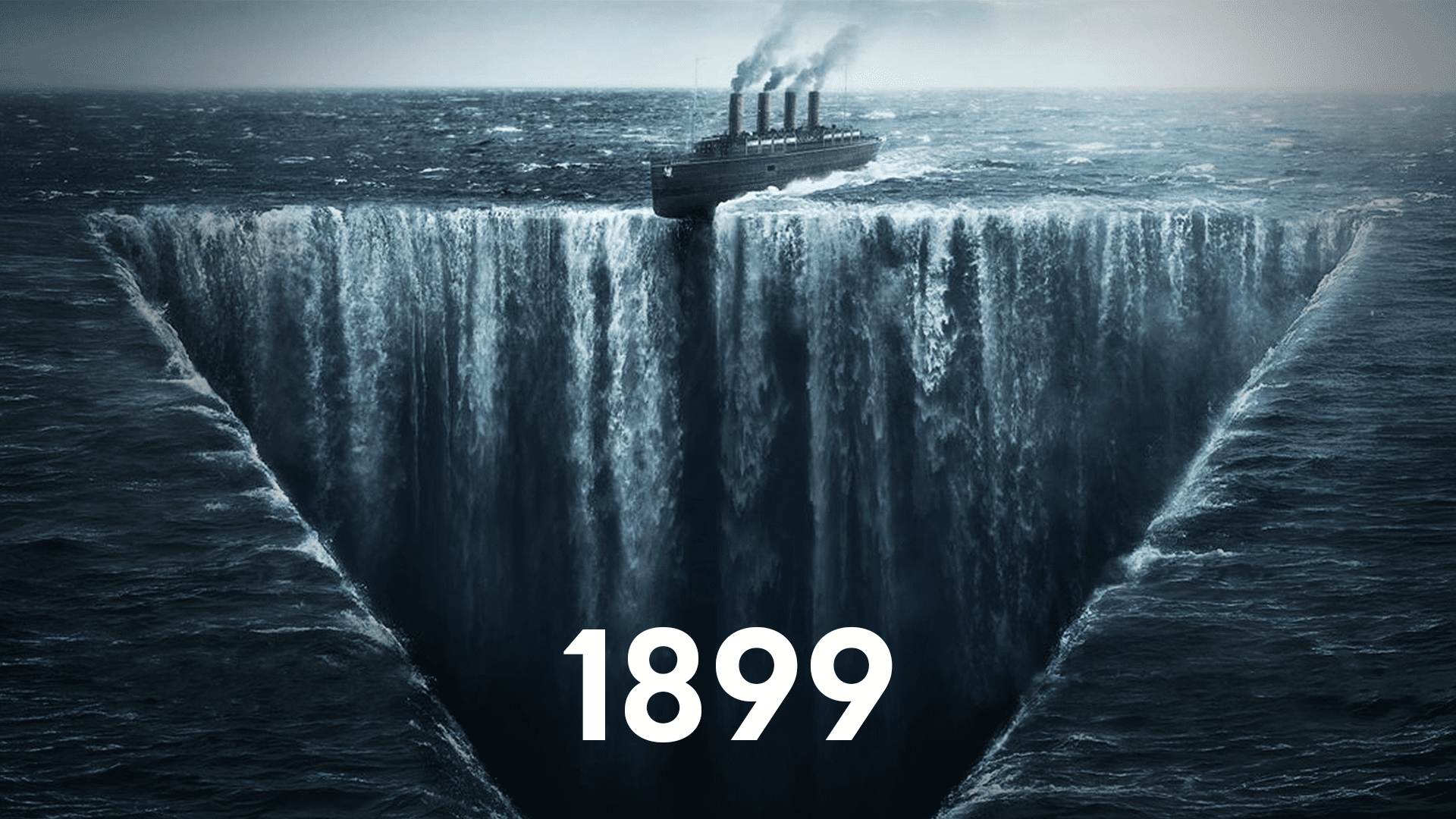 So, the 1899 release date is finally here, and Netflix’s new series is now streaming on the platform. Dark Jantje Friese and Baran bo Odar’s creators have returned with this mystery-thriller. The series revolves around all the events and mishaps of two ships and their passengers simultaneously.

The official synopsis of 1899 reads- When mysterious events change the course of an immigrant ship headed for New York in 1899, a mind-bending riddle unfolds for its bewildered passengers. The synopsis conveys the plot built around the two ships, namely The Prometheus and The Kerberos, who pass in the night but are taken over by mishaps and mystical actions.

The 1899 cast adds life to the mystical plot that attracts you and keeps you engaged until its finale. Though, it seems like the 1899 Netflix series is a perfect drop for those who enjoy a ride to hell. From cast performance, and CGI effects to direction and plot setting, here is what we have covered for the 1899 review in today’s spoiler.

The first episode of the 1899 Netflix series does everything to establish its cast, characters, and plot in the show. Dr. Maura Franklin introduces us to the steamship world to get along with what goes ahead. Played by Emily Beecham, Dr. Maura Franklin is a brilliant character and is featured alongside Captain Eyk Larsen, the man responsible for managing the boat operations effectively. The passengers traveling from England to New York are both residents and immigrants.

As we travel with the ship, we soon learn about some specific passengers, including the Spanish brothers, the Danish family, and a girl named Geisha and her mother. Friese and Odar have something for these travelers. One thing that all these passengers have in common is, for some or another reason, they are running from their past towards some new beginnings. Although, soon, when the ship The Keberos gets a telegraph text, the passengers’ goals for the new begins get assailed.

What further brings a twist in the story is the news of the Prometheus ship that disappeared four months ago without any clue or dead bodies to discover. Regardless of the all-superstitious beliefs surrounding the missing boat, Captain Larsen shows a keen interest in investigating the case and finding out the survivors. However, his decision leads to some conventional events and creates tensions among the passengers as they land among the dark horses.

The Flash Out of 1899 Cast and Characters

While Netflix reveals the eight episodes, we can conclude that each character featured in the story has garnered enough screen time and has a spell to explain what happened in the past. These details further inform the viewers what role they now play in The Kerberos and for what motive they are traveling to New York.

Meanwhile, the plot also reveals some unexpected connections between the travelers. To ensure the passenger’s individual stories go well with the show’s vibe and tone, the 1899 Netflix series creators run a common theme throughout the episodes. Exercising so makes the character’s storyline even more relatable.

The 1899 series plot covers many topics, including class differences, cultural beliefs, religious zealotry, mental illness, complicated sexuality, etc. Jantje, Baran, and the creative team have not just made the story relevant but more sound and exciting.

The writers have just avoided the plot being absolutely cliché while being authentic. Therefore, we can say that the 1899 cast performance was just outstanding. Every actor has justified their respective roles and given us a sense of being broken, making them even more interesting to watch.

The 1899 Netflix series has emerged as the best mystery-thriller of the year, boasting sinister gloom, ambiance, and too many twists and turns that are revealed further. The actors and writers have convinced us to remain at our screens until the final showdown while giving us a reason to invest our time.

And, as the storyline continues to unfold further, you will discover a range of bizarre circumstances and a breathtaking cliffhanger that you would love to see till the horror saga ends.

The 1899 Netflix series was a big mystery we all have wanted to unfold since we saw its first episode. The eight-episode-filled mystery pyramid explains what simulation was and what wasn’t while explaining reality. As the season finale leaves many questions unanswered, it’s crystal clear the show makers have planned multiple seasons. But, two things we have answers for are why the ship passengers are consistently forced to remember their traumatic past and what is precisely the nature of the Kerberos project. While the 1899 trailer popped our puzzles, the finale has answers.

The international actors have added spark and relevance to those stories Jantje and Baran have made. They have picked up the most talented team of actors who leaves us with no option rather than join them in their dark stories. All such cultural differences, mental illness, and complicated sexuality together make for one epic journey that is all set to revive with more new seasons.

So, what’s your opinion on 18991? What do you think will happen in the next season of 1899? Share your thoughts in the comments section.